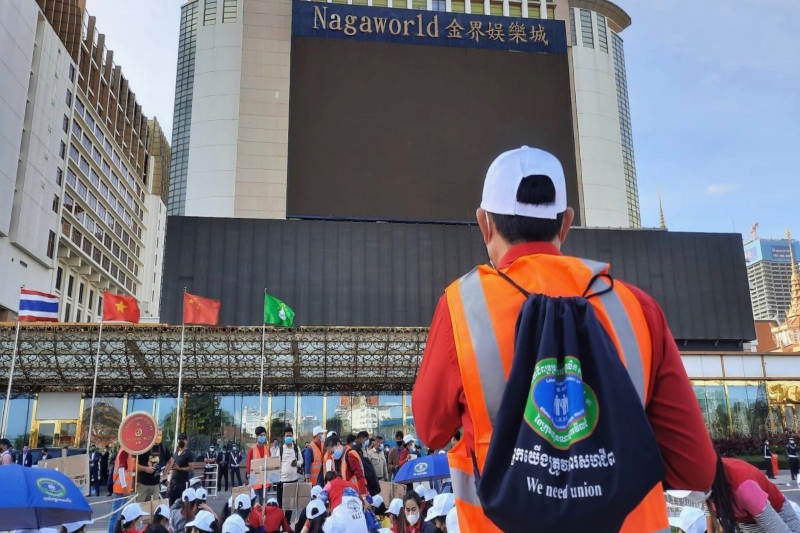 Cambodia – The Cambodian authorities accused several members of a NagaWorld union of inciting riots and causing social unrest. The Cambodian police went to a site where workers were protesting against the local casino giant.

The Cambodian police arrested 15 workers on Monday. They were protesting against layoffs at the country’s biggest casino run by a Hong-Kong listed firm. Cambodia’s NagaWorld casino resort laid off around 365 employees in April last year. It caused a constant battle between the employers and the employees.

Many workers have been on strike since last month in front of Nagacorp Ltd’s hotel and casino complex in Phnom Penh. They demanded the reinstatement of 365 employees. Reportedly, workers want to work for the casino again to earn some money.

According to Reuters, the chief of the workers’ union, Chhim Sithar, said that workers had not been compensated properly. The company reportedly implemented changes to staff salaries and benefits in April 2021. Workers said that the company laid off workers during Covid-19. It affected their lifestyle financially. However, NagaWorld casino management claimed the employees had to be laid off to cut costs during the COVID-19 pandemic.

IDEA on this issue

The Independent Democracy of Informal Economy Association (IDEA) claimed that the workers were deeply disappointed by the actions of the authorities. IDEA further stated that workers were exercising their fundamental right to strike as the last option. This is protected by the constitution and labour law in Cambodia. IDEA urged all national, international and public organisations to adequately monitor the situation.