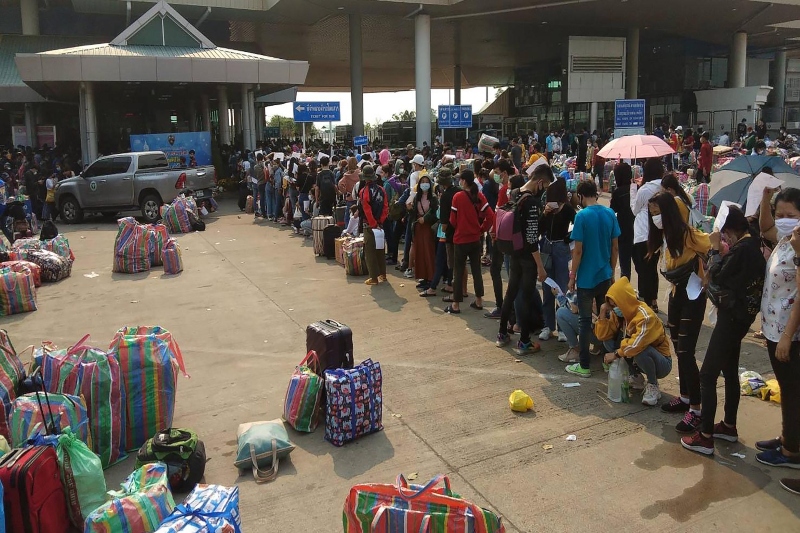 As per the report by the Khmer Times, Thailand military officials as well as representatives of embassies, consulates, officials of the Ministry of Labour, and the Thai-Cambodian border relations working group witnessed the handover of the Thais migrant workers. According to the Ministry of Foreign Affairs and International Cooperation, earlier Thai authorities arrested 72 undocumented Cambodian migrant workers and repatriated them to Cambodia on November 5. On this, Foreign Ministry spokesman Koy Kuong said that the workers had illegally entered Thailand through the border crossing. After receiving news of the arrest of migrant workers, the Cambodian consulate-general intervened with Thai authorities to repatriate them via Poipet International Border Checkpoint. The workers had to undergo a Covid-19 test to prevent transmission.

Earlier, Deputy Prime Minister of Thailand Prawit Wongsuwan instructed the Labour Ministry to manage migrant workers from Cambodia, Laos, and Myanmar systematically to eradicate the problem of labour shortage. In recent months Thai authorities have stepped up efforts to deport migrant workers crossing illegally into the country from the neighboring countries in search of work. According to the Ministry of Defense, more than 30,000 illegal migrants, including women and children, have so far been deported in 2021.