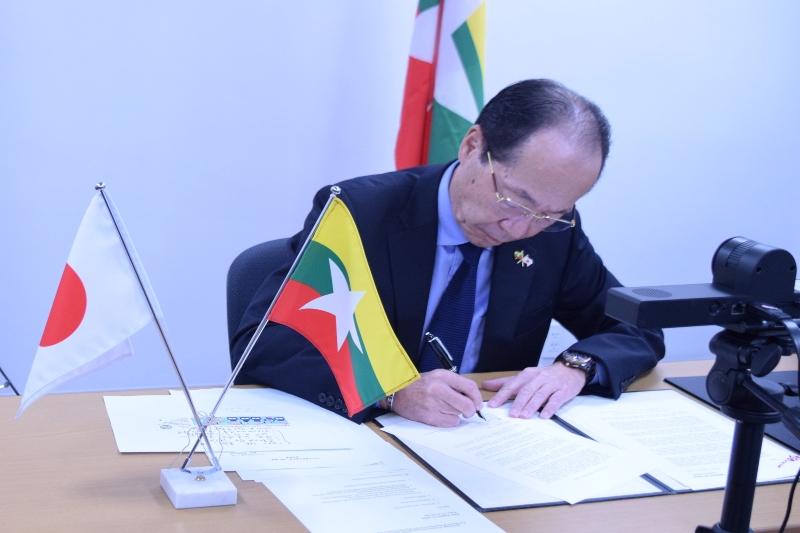 why does japan still want to keep cordial relations with myanmar

Myanmar – Human Rights groups are asking Japan to not encourage participation by Myanmar in a military study abroad programme. After the February coup, Myanmar has been criticized for its approach and handling of its democracy, leave alone curtailing free speech amongst its own citizens.

After this, Japan has had to withdraw its trade deals with Myanmar. But it has continued to remain in touch, with the intent to counter the negative influence that China is giving to the Myanmar military that was mainstay in the occurrence of the coup.

Japan is aware that cutting ties with Myanmar would only mean encouraging China to come closer to the latter. Currently, Japan wants to go ahead with its plan to engage Myanmar in their academic exchange program, where eight cadets then deputy defence minister from the Myanmar military are studying at Japan’s National Defense Academy.

According to Human Rights Watch, it is not setting a good example when Japan is favoring Myanmar, a nation that has a huge record of human rights abuses. As of now, it has been noted that some 1500 civilians protesting against the coup and loss of democracy lost their lives to the Myanmar military violence.

The exchange programme for cadets from foreign countries provides the same courses that Japanese cadets take, according to the academy’s website. The academy includes a broad range of military training from combat arms to basic command and operation.

Japan’s defense ministry, which runs the National Defence Academy, had no immediate comment on HRW’s statement. Revelations about economic ties to Myanmar’s military may put more pressure on Tokyo and Japanese companies to drop them, according to human rights groups. Showing their solidarity towards human rights are nations like Australia and New Zealand, who have not only suspended their defence co-operation programme with Myanmar in non-combat areas such as English-language training and New Zealand has stopped all high-level military contact with Myanmar.