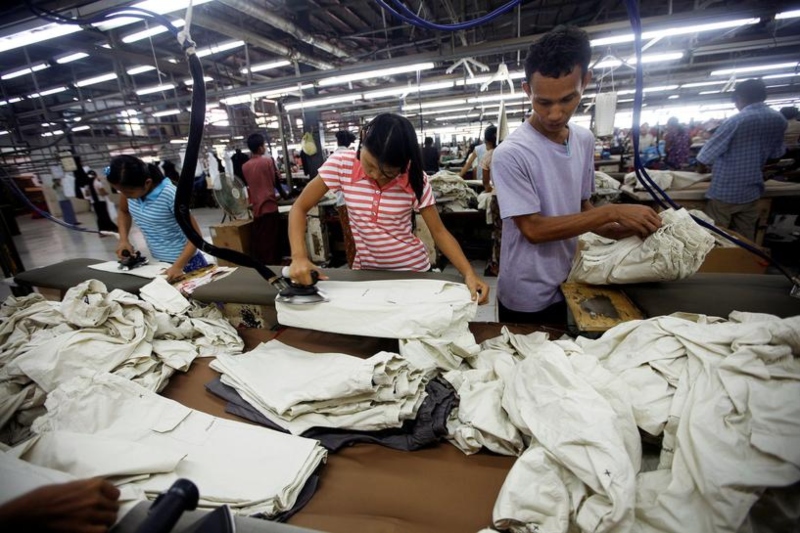 Myanmar – Garment workers at a factory in the largest city of Myanmar are tirelessly working without changing shifts and they are not even paid the promised amount for their work. The factory is located at the outskirts of the city where these workers work throughout the day without even getting paid.

The clothing companies are going through a huge loss in Myanmar which is basically due to the situation in the country related to the military coup and also global pandemic. Due to these factors, the country has lost more than 250,000 jobs as according to current calculation, they don’t have money to pay.

The Covid-19 pandemic was as it is threatening the nation’s economy and the military coups has further ignited economic turmoil which has essentially triggered sanctions against the ones in power. Civilians are on streets everyday to protest and discontent with the way things are being done in the country.

Trade unions have been leading the protests at various incidents and are now urging the big players of the garment industries to look after the degrading conditions of the laborers and also stressed them to pay their dues. They will now need to broker between the government and the military to bring some stability in the nation.

Zin Mar Htun, one of the workers was explaining his and others’ situation while stressing that even though they want their dues cleared but they fear that it will come with a heavy price to pay. “Without this job, I would become a beggar. I know nothing but sewing,” she said.

As per a report by the UN’s labor agency, the International Labour Organization (ILO), over 250,000 jobs were lost in the first half of 2021 and for others who remained at their positions, the number of working hours were slashed into half. Here it is needed to understand that amid all the chaos that the country is witnessing, some of the industry leaders are getting the advantage and exploiting the rights of the workers.