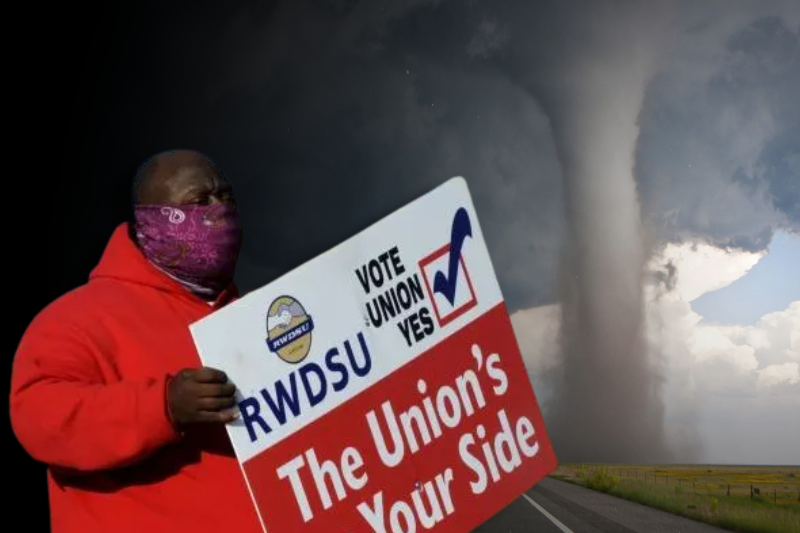 United States – This week’s tornado in United States of America bored down havoc in multiple states. As the world watched in horror, the ones who experienced the fierce calamity woke up to wreckage ensued. But all were not alive to see another day. Eight workers in Kentucky candle factory and six workers at Amazon warehouse in Illinois died in the tornado that destroyed their workplace. But they actually were sacrificed – more apt to say!

The workers were inside their workplaces as the tornado bore down, even as they were in the path of said storm. They couldn’t leave the workplaces because they were ordered by their bosses not to. Workers who survived the storm in Kentucky’s candle factory said that their managers had threatened to fire them if they left work. Amazon warehouse workers in Illinois too said they were not allowed to leave before disaster struck. The Amazon employee handbook clearly mentions that they can be fired for “leaving the workplace without permission”.

But why didn’t the workers actually leave the work for their safety? It is because they didn’t have a union to protect them. Absence of a labor union made them ‘crippled’ as they couldn’t raise their voice and stand up against their bosses collectively, the big advantage and privilege that is provided to workers by the unions. If looking at the current picture, coal mines are much safer workplace today than they were decades ago because of only one reason – their rights are protected by unions. Unions are one robust entity that have managed to ‘force’ the companies and employers to take safety of their workers more seriously. Companies in United States and much of the country’s political structure has for decades conspired to make it very difficult for regular workers to form unions. This is because they believe that unions can be very expensive for the employers – the reason why the workers in Kentucky and Illinois didn’t have labor unions to protect them. It is very well established that Amazon, in particular, goes to extreme to fight union formation. The company is known to spy on its workers, violates labor laws and tries to intimidate the workers. The reason – because the unions will eventually stand up to them and fight them for equal rights for the workers. Labor unions are the rights of every worker. The protection they get from the unions eventually is for their safety and equal rights at work.