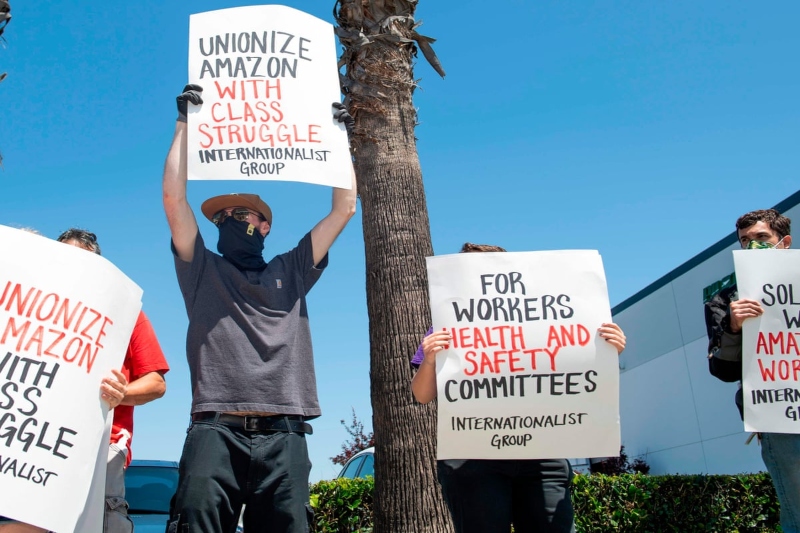 United States – For a tech giant and one of the largest e-commerce companies like Amazon, the reputation it has had for handling workers affairs is not the best.

Last two years saw many questionable occurrences inside the structure where it was clear that the giant is known to be ignorant towards workers rights. The latest complaint on the company is regarding privacy violations, threats and repetitive interrogations.

It was highlighted when the United States National Labor Relations Board (NLRB) accused Amazon for breaking the law and going against labor rights policies by torturing and grinding the workers.

The Labor board has finally decided to issue a complaint against e-commerce giant after they found out that they have been doing this practice since quite a while. This is after even union formation was allowed under the work factories of Amazon.

Talking about the same, Kathy Drew King, Regional Director for Region  NLRB said, “workers have the right under federal labor law to join and form unions and employers are prohibited from interfering with that right.”

She stated that the company has been constantly breaching the law by carrying on surveillance activities against the workers in the Staten Island warehouse especially after reports about them working for a union were revealed. Labor rights advocates believe that by doing this Amazon is going against a settlement that was done last year in December. As per that settlement, NLRB promised to let its 750,000 US workers form a union without any aggressive retaliation.