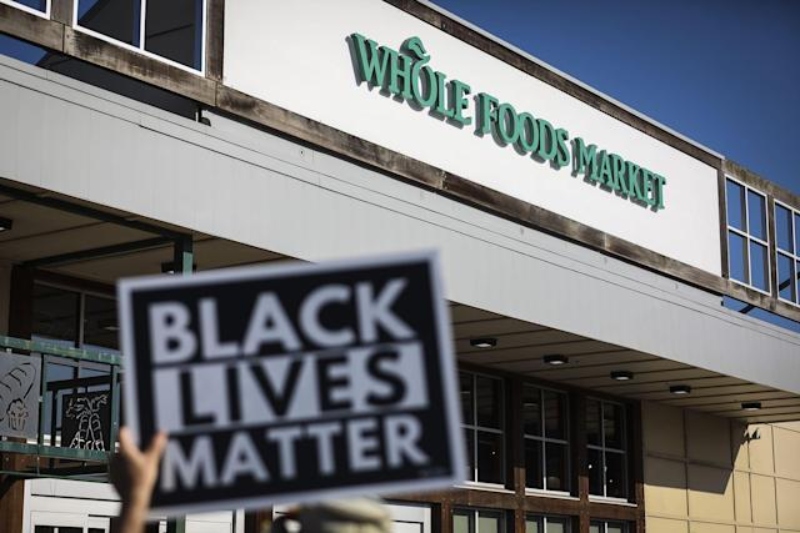 whole foods market has filed a petition in us court claiming that the government is pushing it to violate the constitutional rights.

United States – Amazon owned grocery chain of United States, Whole Foods Market has filed a petition in US court claiming that the government is pushing it to violate the constitutional rights. The Whole Foods have made the allegation over being forced to allow its employees to wear Black Lives Matter insignia while on the job, citing that by doing so US government is violating its First Amendment rights.

The claim was made by Whole Foods’ lawyers in filing done on December 17 while responding to claims by National Labor Relations Board that the company was illegally prohibiting its employees from wearing masks with signage ‘Black Lives Matter’ on job. Whole Foods has accused NLRB’s general counsel, Jennifer Abruzzo in the court filing of trying to violate First Amendment rights of the company by attempting to “compel”. The filing said, “By singling out the phrase ‘Black Lives Matter’ the General Counsel is impermissibly favoring, and requiring that WFM favor, certain expressions of political speech over others in its retail grocery stores.”

“The General Counsel seeks to compel employer speech by WFM in violation of the WFM’s rights under the First Amendment to the United States Constitution, and enforcement of any Order from the Board to compel such speech would violate the Constitution,” the filing added.

Whole Foods spokesperson has said that the company’s dress code policy has been designed “to ensure we are giving Team Members a workplace and customers a shopping experience focused entirely on excellent service and high-quality food.” The spokesperson of WFM further said, “We do not believe we should compromise that experience by introducing any messages on uniforms, regardless of the content, that shift the focus away from our mission.”

A group of employees had sued the WFM in July 2020 claiming that they were prohibited from wearing BLM masks at work and were also threatened with termination by company if they didn’t follow the regulations. The lawsuit mentioned the employees had “commonly worn Pride flags in support of their LGBTQ+ coworkers without being disciplined by Whole Foods” and that the company’s “selective enforcement of its dress code constitutes unlawful discrimination.”