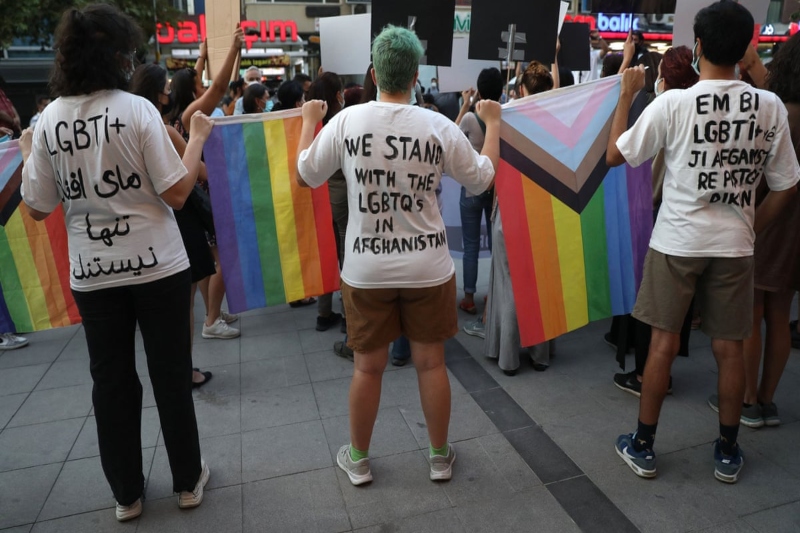 Afghanistan – The Lesbian, gay, bisexual and transgender (LGBT) community in Afghanistan is facing grave threats to their safety and lives under the Taliban.

Human Rights Watch (HRW) and Out Right Action International released a report on January 26. The report highlighted that people who do not conform to rigid gender norms in Afghanistan have faced an increasingly desperate situation under the Taliban. The report, entitled “‘Even If You Go to the Skies, We’ll Find You’: LGBT People in Afghanistan After the Taliban Takeover” interviewed 60 queer Afghans in 2021. They revealed that Taliban rule has destroyed their lives. They reported attacks and sexual harassment from the Taliban.

The 43-page report highlighted that Taliban members attacked or threatened them because of their sexual orientation. Reportedly, most of Afghanistan’s neighbours also criminalise same-sex relations. They also said that Taliban fighters stopped them at checkpoints for their clothes not conforming to gender norms.

According to HRW, Afghanistan was a dangerous place for LGBT people even before the Taliban takeover of the country on August 15, 2021. Homosexuality was banned under the ousted president of Afghanistan, Ashraf Ghani. In 2018, he passed a law to criminalize same-sex sexual relations in the country. However, LGBT people interviewed had experienced many waves of abuse after the Taliban takeover. Reportedly, abuse against them increased rapidly. Two men reported being raped or blackmailed into sex by the Taliban fighters. Many LGBT people said that they also knew other LGBTQ individuals who had gone missing or had been killed. A man named in the report as “Ramiz” said he was kidnapped by Taliban fighters. They sexually abused Ramiz because of their gender. Some also erased their presence on social media. A gay man said that Taliban members detained him at a checkpoint. Subsequently, the Taliban fighters raped him. The Taliban reaffirmed the previous government’s criminalization of same-sex relations.