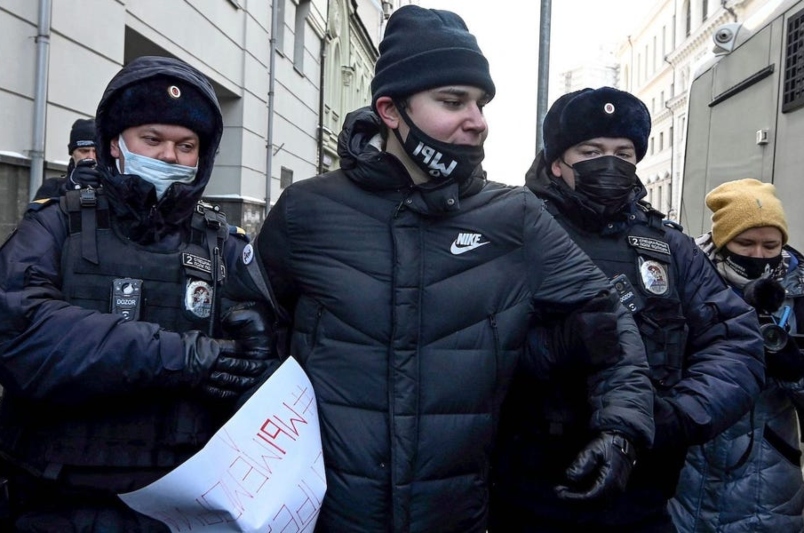 Russia – Russia continues to blow the right to independent thought, freedom to expression and free speech in the country. In the latest blow to human rights, Supreme Court of Russia has ordered shuttering down of the oldest human rights group in the country, Memorial International. The crackdown by Vladimir Putin’s government is under Russia’s controversial “foreign agent legislation”. It is the very law that has till targeted multiple NGOs and media outlets that have been critical about the government.

The decision to close the human rights organization that was instrumental in bringing out the crimes of Soviet leaders at the end of Soviet Union, reflects that this is still a taboo in Russia even after 30 years. Putin has clearly demonstrated how sensitive he is of any type of criticism against him or his government.

In the late 1980s, Memorial International was established to document and bring to public knowledge the extreme public repressions that were carried out under Soviet Union. In this direction the group made a database of victims of Great Terror and gulag camps. Sister organization of Memorial International, Memorial Human Rights Centre, that works for rights of political prisoners is also facing crackdown for “justifying terrorism and extremism”.

The move comes after this year’s series of assault and crackdown on civil society of Russia. This year saw detention and imprisonment of various activists and journalists in the country, including opposition leader Alexei Navalny, leading to many fleeing the country. Dozens of media outlets and NGOs have been closed and hit with fines under Russian laws.

The judge, Alla Nazarova of Supreme Court of Russia, ordered the shutting down of organisation for “repeated” and “gross” violations of Russia’s foreign agent laws. The decision will close the “Memorial International Historical, Educational, Charitable, and Human Rights Society, its regional branches and other structural units,” she said.

Genri Reznik, a lawyer who represented Memorial, said in defense, “The Memorial Society promotes the health of the nation. To eliminate this from the history of the country now means to contribute to the idea of ‘the state is always right’.”