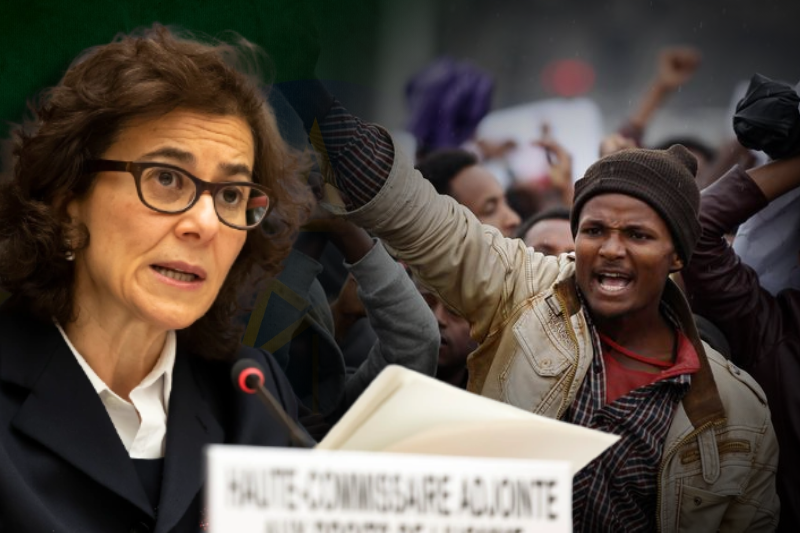 Ethiopia – On Friday, the United Nations Human Rights Council passed a resolution under which an International Commission of Human Rights Experts will be established that will investigate abuse allegations in Ethiopia by all warring sides during Tigray conflict. The resolution was passed by 15 members of 21 total member nations. There were 11 abstentions at the UNHRC special session that focused on addressing the catastrophic human rights crisis in Ethiopia.

The nations that voted against the resolution were Cuba, China, Pakistan, Eritrea, Russia and Venezuela. An independent committee is essentially critical to conduct an impartial and transparent assessment of the ongoing situation in northern Ethiopia’s Tigray region, reiterated European Union which had sponsored the resolution.

The resolution has called for the three member commission to investigate the allegations, establish facts, collect evidence of the same, identify the perpetrators and guide the justice process, including reconciliation, accountability and healing. The mandate of commission is currently for one year and can be renewed as necessary. “The conflict has continued with ongoing fighting beyond the borders of Tigray. Our office continues to receive credible reports of severe human rights violations and abuses by all parties,” the U.N. deputy high commissioner for human rights, Nada al-Nashif, told representatives at Friday’s session. “The humanitarian impact of the conflict is increasingly dramatic.”

Denmark’s Minister of Foreign Affairs Jeppe Kofod said in the council earlier in the day that it was the responsibility of Addis Ababa to bring the war offenders to justice, but unfortunately the authorities were not taking the action required. “In order to ensure accountability and to prevent further violations, additional independent, international investigations are necessary,” Kofod said. “This is essential to ensure the timely gathering of evidence, of violations, and of abuses committed and for justice to be served.” 13 months ago the Ethiopian military attacked TPLF (Tigray People’s Liberation Front), and since then the human rights violations against the people of Tigray have only escalated alarmingly. United Nations has reported that tens of thousands of people in the region have been killed in the bloody war, while more than 400,000 are currently grappling under famine. Nearly 10 million people in the region are facing acute food insecurity. At least 2 million have been forced to flee the bloody war in the region. Aroubd 7,000 people have been detained under Ethiopia’s new state of emergency, majority being Tigrayans. Nada al-Nashif said, “Many are detained incommunicado or in unknown locations. This is tantamount to enforced disappearance, and a matter of very grave alarm.”

The UN Human Rights Council has accused all the warring sides in the Tigray conflict of conducting gross war of crimes and violations, including crimes against humanity. The crimes pan across arbitrary detentions, extrajudicial killings, sexual abuse, gender based violence, and widespread destruction of private and federal property.

Ethiopia has rejected the resolution by UNHRC. Ethiopia’s ambassador in Geneva, Zenebe Kebede Korcho called the resolution a “deliberate destabilization effort” and said the Ethiopian government “will not cooperate with any mechanism imposed on it.” “Multilateralism, after all these years, is once again being hijacked by a neocolonialist mentality. Ethiopia is being targeted and singled out at the Human Rights Council for defending a democratically elected elected government,” the ambassador said. “The council is being used as an instrument of political pressure.”