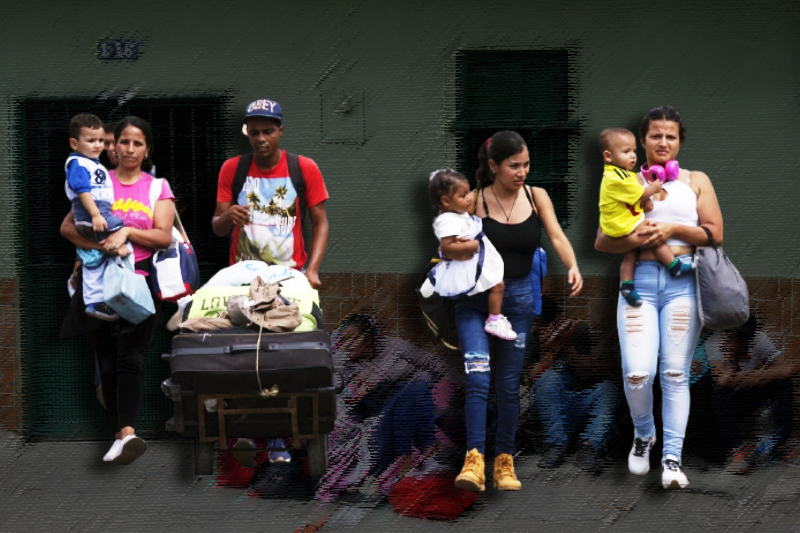 Brazil – In July when northern border of Brazil with Venezuela opened partially, many migrants and asylum seekers took the plunge and crossed the border. The travel was in hopes to find some reprise from the tough livelihood conditions in the homeland, but what awaited the Venezuelan migrants was quite the opposite. The migrants and asylum seekers found themselves in streets sans any shelter. According to organization Doctors Without Borders, also known as Médecins Sans Frontières (MSF), the basic access to healthcare and other services was unattainable.

Brazil’s Roraima state has a town Pacaraima, that is home to some 20,000 people, is the border town and first place that people reach in Brazil when travelling from Venezuela. Hundreds of people reach the town every day. It is an estimate that at least 500 people take the journey through paths called ‘las trochas’ or ‘the trails’. But the migration office in this small town are capable to process requests of only 65 people for legal status in Brazil. “In contrast to their hopes, most people face a harsh reality,” says Michael Parker, MSF’s project coordinator in Roraima. “The people who arrive through the trochas usually stay in Pacaraima until they are able to clear their migration status, which can be a slow process.”

“The town’s health system is precarious and there is no infrastructure to accommodate the migrants,” says Parker. “As a result, hundreds of men, women and children live in very poor conditions with no access to basic healthcare.”

According to IOM (International Organization for Migration), as of November at least 5000 migrants were living on streets of Pacaraima. While they waited for their legal process to be completed, the fight was to go by each day without any shelter. In order to tackle the situation, MSF’s teams have established services for medical, sexual and reproductive health, as well as mental health. The services are provided through mobile clinics established in Pacaraima and Boa Vista. “Generally, when people arrive and see us, the main questions they have are about health services and how to access them,” says Alvilyn Bravo, MSF health promoter in Roraima project. “They find themselves in a country with a completely different culture and barriers, such as the language, navigating how the health services work or which are available to them.”

“According to Brazilian law, everyone has the right to access public health services, no matter at what stage their migration status and process is,” says Parker. “But the reality is that even with this formal right, the actual services are overcrowded and limited in Roraima state.”