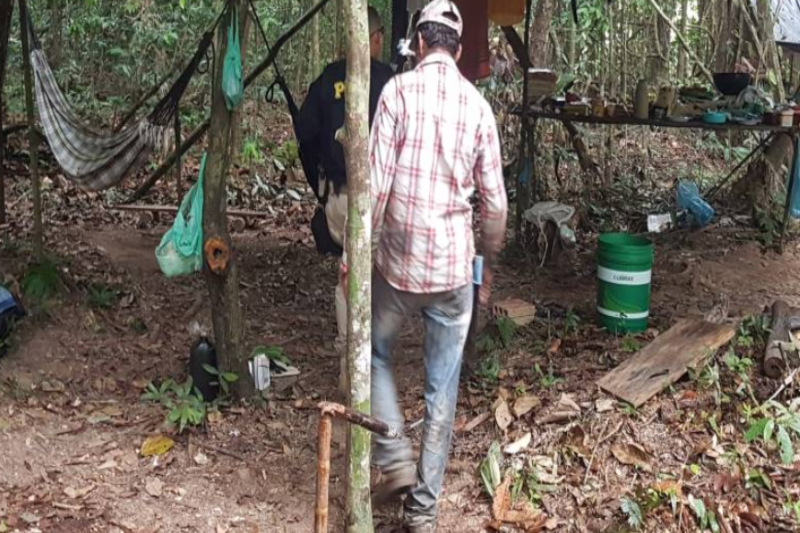 One exploitation leads to another and this very fact is as straight as a line but in the case of Amazon forest, it has become difficult to identify, which is worse. Brazil is suffering at the hands of current president Jair Bolsonaro.

In an incident earlier in June, labor inspectors arrived in the rural area of Brazil’s Amazon state of Para and found out that daily-wage laborers were fighting for sustenance. Not only their sustenance was an issue, their salverly-like condition also reportedly shocked the labor inspectors.

When the inspectors reached the area, they also noticed that a maximum of the trees were cut down and theory was too late to stop the act. This is why these laborers are making their survival possible. They supply illegal timber to whoever demands and make their living off whatever is given to them.

The officials noticed that these people–in this case four men and a boy– were gathered outside a farmer’s land and they were building fences and cattle sheds using illegal timber. They were working on orders of a local farmer who kept them in a ramshackle camp.

Thos camp-like structure has nothing in the name of hygiene. They had to water or toilet facilities and when the inspectors approached them, they revealed that they had never lived in such a hazardous situation. The situation, if one were to analyse, is directly linked to the election of the current president. ​

The president has little to no regard for the rights of laborers. This is making laborers find different ways to ensure their sustenance. Hence since, 2019, the reports have suggested that there is a sudden surge in deforestation, which is how these laborers earn their living. For them, this seems to be the only way.

On being asked about the rise in deforestation after Bolsonaro’s resumption of office, he conveniently redirected the statistics to show how much development has happened since his arrival. Experts have time and again suggested that the Brazilian president’s sole aim towards material development has led to the environmental impact on Brazilian soil as well as climate.

Even now, it is extremely hard to link slave labor and deforestation and it is only through deep analysis that you can come to a conclusion about the two being interlinked. But as per the forest inspectors, nearly 1,324 workers have been reduced from slave labor since 1995.

This proves that the practices have been going on since a long time but what remains understandable is the even in 21st century, witch so many alternatives around, why are Brazilian laborers tilting towards slavery. Many of these issues are not even reported by laborers due to many fears. Mauricio Krepsky, head of the government’s Division of Inspection for the Eradication of Slave Labor says, “Many workers do not report (their employers) for fear of not getting more work or even of being murdered.”