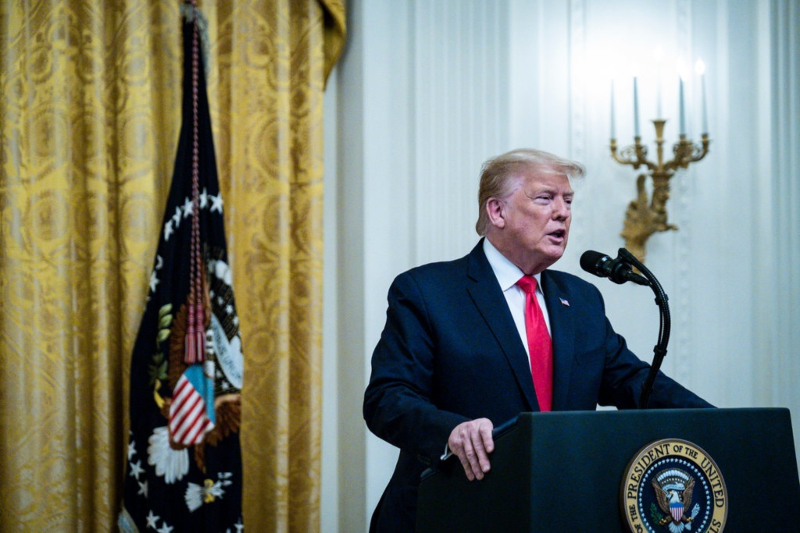 Donald Trump may no longer be at the White House but the former president has accidently done all the good he was capable of doing for the labourers in Mexico. Mexico was not always the favorite when it came down to ensuring proper execution of labor rights but Trump might have accidentally helped in changing the situation.

Mexico was not only known for unjust practices against labourers but also it is extremely dangerous for them as some of the cases have also led to extreme outcomes in the country. One of the workers working at General Motors plant in central Mexico was suddenly called for a drug test and even without providing him with any proof, he was told that he tested positive for mmarijuana and hence fired on the spot.

He was working in the same company for 13 years and with sudden expeditions, he had nowhere to go. They did not even receive any copy or proof of the results while also not being told what was the exact reason for his expulsion.

The reason, however, for the decision was that he was organising workers to reject a union that has never worked in favour or for the interests of the workers. The 43-year-old was dismissed for something that neither him nor his family had ever imagined. He was just standing for his rights and it was treated with such harsh measures.

But switched to two years later, the workers unions which was backed by Cervantes won resoundingly. The workers have voted to throw out their contract with the company. This was such a joyous victory for the workers rights activists and advocates and set a landmark for the upcoming generations to lead things in the same way.

“We’ve shown them that you can beat two giants. “You only need the unity of the workers,” said Cervantes. He also added that after the Union’s victory, other workers are now hoping that they would also be able to replicate the victory and bring transformation.

Despite having sour relations with Mexico and trying to do away with the administrations of the country, Donald Trump was leading a trade agreement with Mexico that allowed the US to set up a review for labor rights violations in the country and conclude the matter. The latest version of the North American trade agreement is known as USMCA. At that time, Joe Biden was trying to bring order and renegotiate the terms of the deal in front of the congress but Trump had  started backing and that led to passing the bill. There was an opposition because it was felt that the US had an advantage in the deal but as of now, it is proving to be an advantage for the Mexican labourers.