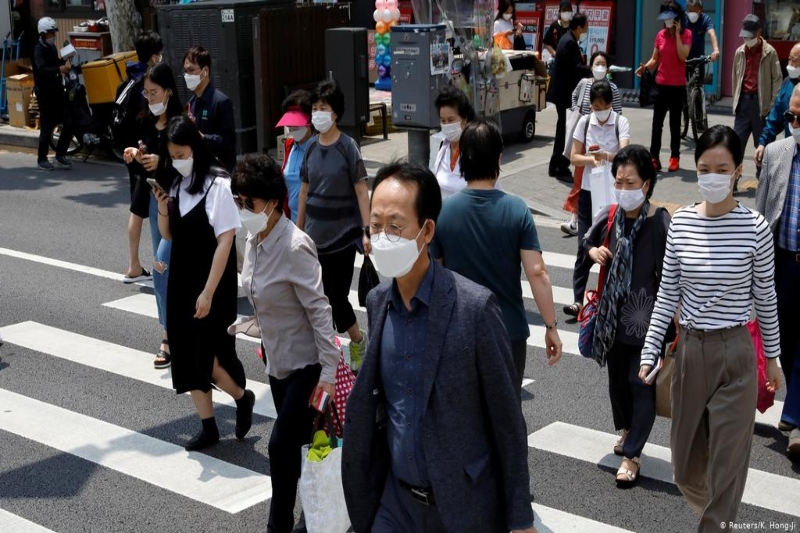 rise in covid cases in korea

There is a sudden spike in Covid-19 cases at South Korea, especially among migrant workers. Thousands of these workers are reported to be living and working in highly vulnerable conditions where they are hugely exposed to coronavirus and other deadly infections.

New COVID-19 cases among foreign nationals reached 1,665, a 20.7 percent increase within in a month of May. Health authorities of Gangneung stated that about 240 kilometers east of Seoul, 14 migrant workers from Russia were newly confirmed to have contracted COVID-19.

Also, five South Koreans in the city tested positive for viruses as well. In the early days the cluster infection was confined to people within the city, but with ease in lockdown rules business have started and so have migrant workers once again inhabited at workplaces.

It is believed that the number of cases is expected to increase as the city plans to conduct additional rounds of mass testing in the coming weeks, mainly on around 800 workers from Russian-speaking countries, to contain the further spread of the virus.

The Gwangsan district in the southwestern city of Gwangju is known for its trade and commerce. This large city has a huge non-Korean population, 40 foreigners were confirmed to have contracted the virus from Aug 11-23, making up 29 percent of new cases in the district during the same period.

Park Dong-Joo, who is the director of health, welfare, and gender affairs in the northeastern province of Gangwon, looking at the rise in cases mentioned that among foreign workers, one or two Infections tend to develop easily into mass outbreaks due to their group living and accommodation in cramped places.