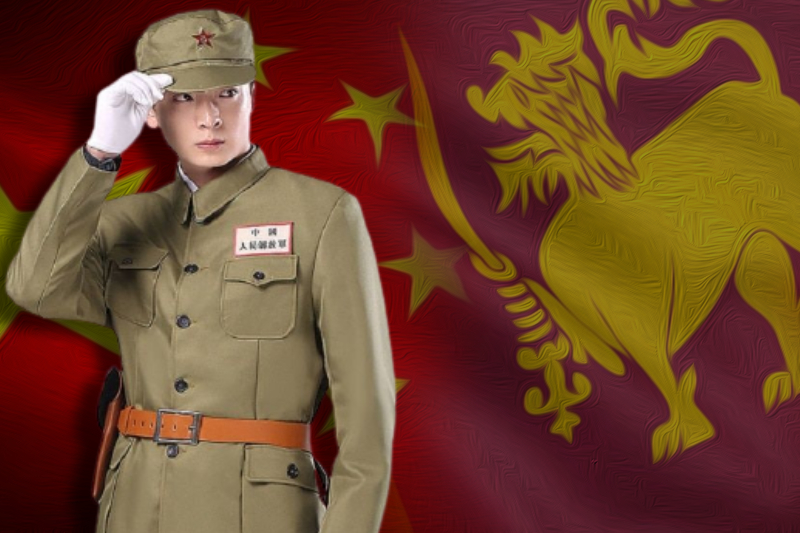 The Sri Lankan government has asked the Chinese Embassy in the nation on Friday to educate a chinese company to refrain its employees from wearing uniforms, which are designed in camouflage structure ideal for military environments.

For any other country, it would have been a question on its security and integrity if such an incident were to happen but as far as Sri Lanka is concerned, it refrains from standing against China. But this time, it was a surprise move and the island nations showed that they can take strict measures against the chinese facilities.

“The Ministry of Defence also informed the local private company to avoid the recurrence of such action henceforth,” the Sri Lankan facility in a press release.

As per reports in the Sri Lankan media, the Defense secretary general (retd) Kamal Gunartne quarantined with officials working at the embassy of People’s Republic of China and as he touched on various subjects, he also urged the unit members to educate the respective employer to refrain its employees from wearing military-style uniforms while working in Sri Lanka.

Other than that, the defense secretary also directed the Deputy Inspector general of Police of the Southern Province to refrain from practicing anything of similar nature and keep monitoring the situation. To these allegations, the Chinese embassy stressed that the said employees are not members of China’s People’s Liberation Army.

The fuss regarding the present situation started when the main opposition and the residents alleged the presence of foreigners in Tissamaharama lake conservation wearing the chinese military uniform. All of this led to facilities enquiring about the slit cleaning of lake to which the Director of Archeology claimed he had no idea about and the department did not give any permission for it. The local media was quick to spread the news stating that the Sri Lankan law prohibits people from wearing uniforms of armed forces that did not belong to the country.