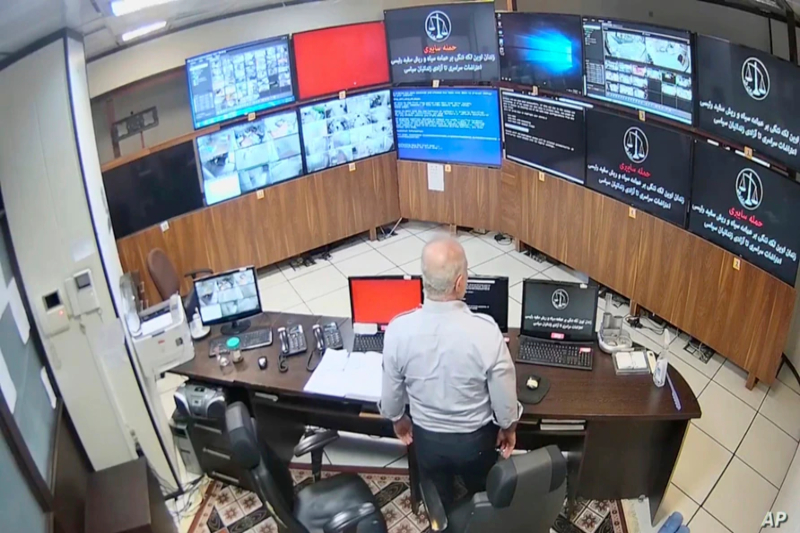 Some hacker has leaked videos of Iranian prisons showing atrocities being meted over prisoners in an inhuman way. The main focus is on Evin prison in Tehran, Iran where guards repeatedly beat up prisoners. The pattern of abuse which human rights groups have been repeatedly talking about was confirmed by these videos.

Torture in detention is a common practice. Iran does not believe in respecting the sense of human rights and dignity in captivity. Many dual citizens have been known to be unlawful detained and not given proper opportunity of redressal either.  This could be one reason Tehran has never allowed independent HR bodies to visit their prisons.

Despite these restrictions, rights groups and activists imprisoned for their peaceful activism continue to report on the systematic due process and torture violations in Iranian prisoners.

In the past three years alone, at least five prisoners have died in suspicious circumstances, and authorities have failed to conduct a transparent investigation or hold anyone accountable. In at least two cases, authorities charged people who reported torture or mistreatment in prison.

The two other prisons where political prisoners are usually held, are run by Iranian intelligence agencies. The prisoners there face ever more harsh conditions like prolonged solitary confinement, blindfolds, and other forms of psychological torture.

Strangely, after the video was leaked, the head of Iran’s prison system on actually apologized for ‘bitter events’ that went viral and were scenes captured from Evin prison. The head, Mohammad Mehdi Hajmohammadi said, “I accept responsibility for such unacceptable behaviour and pledge to try to prevent any repeat of these…events.” It’s a rare admission of human rights abuses in Iran.”

A hacktivism group in Iran called Tapandegan publicly exposed how multiple political prisoners are also put together in crammed spaces, though the Evin prison is said to have the best hygienic prison environment, as shared by the same prisoners living there. Hackers have done this to show their protest against the current regime, and said that this is not the only attack incident, as more reprisals will come in the near future. They have also claimed that they have access to sensitive prison data too.