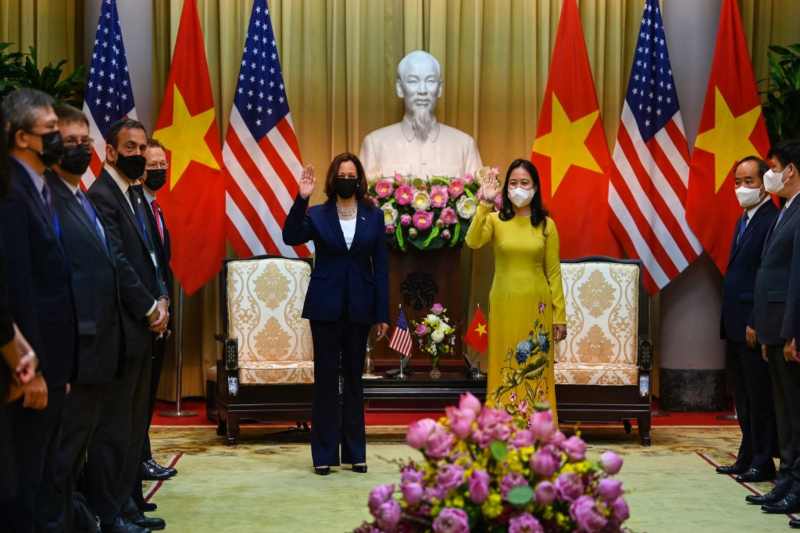 US Vice President, Kamala Harris, might have raised issues over Vietnam’s disrespect to human rights but her conversation could not yield any positive results either. Ms. Harris was speaking to Vietnamese officials over her recent visit to Vietnam, as a part of her Asian tour.

However, Ms. Harris did not mention role of government in the protecting of rights of women, transgender and workers in the country. Vietnam has been facing criticism over restrictions on freedom of expression and the press as well as the crackdown on people in deems political dissidents.

Strangely, in this scheme of things, U.S. is still seeking closer ties with Vietnam while being critical of similar human rights abuse being done by Beijing. US has been for some time trying to strengthen its position with South East Asian countries to create a net of support against Chinese monopoly.

She did give a different taste to her interactions in Vietnam by attending an event with activists working in LGBYQ rights and climate change. This might just be a nice media peg, and nothing else, is what political analysts believe. Making a passing remark, Ms. Harris brought back her discussion over mutually beneficial alliance in cyberthreats and other areas of economic development. In a Human Rights Watch report, Vietnam has systematically throttle free speech and imprisoned individuals. The government, under one party rule, continued to tighten the noose over people’s right to peaceful assembly and movement, formation of worker unions, blocked access to websites and social media pages, pressurized social media companies to remove or restrict content critical to government support.