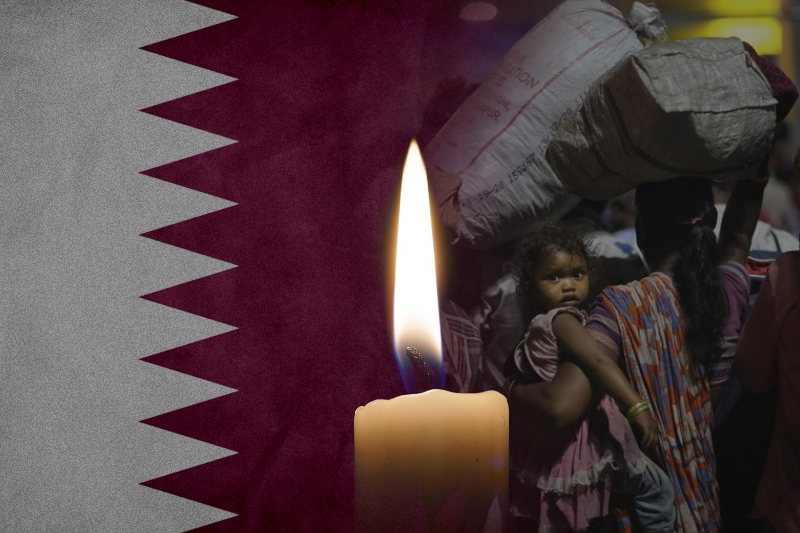 Qatar is one of the richest countries in the world – not only can it afford to do far better, but it also has an obligation to do so, at least identify the root cause of deaths of migrant labours. Facing severe consequences, Qatar has come in limelight for all the wrong reasons. Amnesty International called on 2022 World Cup hosts Qatar to do more to investigate worker deaths, alleging that a string of labourer fatalities had gone unexplained.

As the time rushes and next year’s tournament approaches, Qatar has repeatedly come under the spotlight over worker welfare issues, including the death rate, prompting protests from European national sides including Germany.

An official from Amnesty mentioned that Qatari authorities have failed to investigate the deaths of thousands of migrant workers over the past decade, despite evidence of links between premature deaths and unsafe working conditions. Their report documents how Qatar routinely issues death certificates for migrant workers without conducting adequate investigations, instead attributing deaths to ‘natural causes’ or vaguely defined cardiac failures.

The official makes this statement after reviewing the reports and investigation made by his medical team on the dead bodies and checking their death certificates. They analysed 18 death certificates issued between 2017 and 2021 with 15 using vague terms including “heart failure unspecified” and “acute respiratory failure due to natural causes”.

David Bailey, a pathologist and member of the WHO clarifies by saying that essentially, everyone dies of respiratory or cardiac failure in the end and the phrases are meaningless without an explanation of the reason why the death occurred or the person collapsed.

However, Doha has announced several reforms for the benefit of employees and employers since it was selected to host the World Cup, although it is believed that it all stays in paperwork only and hardly any implementation has been made.