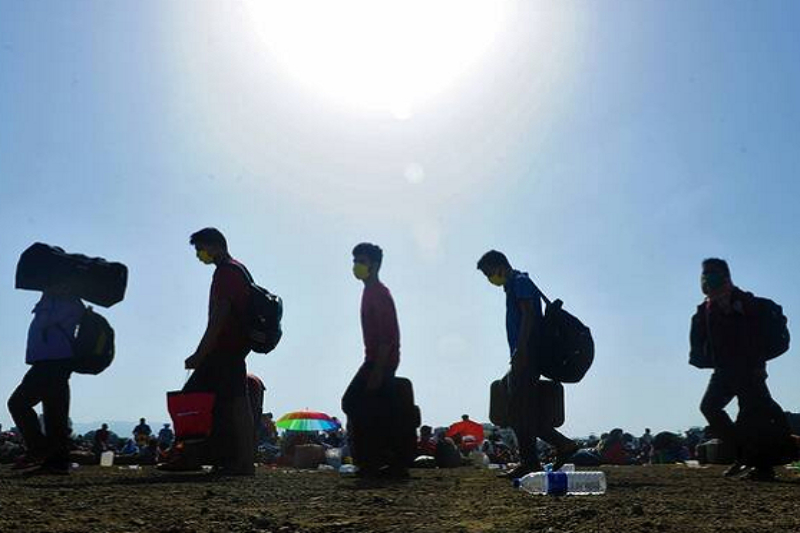 Due to the ongoing Covid-19 pandemic, most of the migrants are stranded in various countries and as things proceed, they continue to be in a foreign land with little to no help being provided.

The suspension will continue till May 31 and there are possibilities that it may be extended further if the situation does not get better. This is concerning for the migrants who are stuck in a foreign land with no confirmation of getting their tickets to come back to Nepal.

Shom Prasad Luitel, a legal expert who expertises in migrant workers also has expressed concerns in this regard. He said, “Having a rapid response mechanism can be instrumental in dealing with emergencies like the Covid-19 pandemic and even during normal times.”

He however said that it is not possible to implement this sort of mechanism in two or three days as it takes a lot of planning to do so. Having said that, the lawyer also added that there was a proposal pending with The Supreme Court three years ago following which the apex court had ordered the government to set up a rapid mechanism.

Till now, there has been no response from the Nepali government and all that they needed to do was implement the orders, he added. The expert later on explained that the rapid mechanism to help the stranded migrants remains on an ad hoc basis.

“The rescue and repatriation of migrants has so far remained an ad hoc effort marred by red-tapism. Whenever a rescue operation is needed, the authorities take too long to come up with a decision,” said Luitet.

He then also went on to explain that even last year there was chaos when the migrant workers were struck abroad and their families were concerned about their health and wellness. The worrisome situation continued till the top court gave orders to the government to repatriate the migrant workers from different countries and arrange special flights for them.

Still many of the workers are stuck, far from home and the government has come up with no plans to clarify the situation or discuss a solution. He highlighted that even in 2004, there was a desperate call for help to the migrants after 12 Nepali workers were abducted and killed in Iraq but the government continued to avoid the issue. As per data available on a government portal, there are 400,000 Nepali workers in Qatar and nearly as many in Saudi Arabia. Even in the United Arab Emirates, there are 200,000 Nepali migrants while in Kuwait there are over 70,000 workers stuck. In Malaysia too, there are 400,000 migrant workers who are stuck without any information about the future calls.