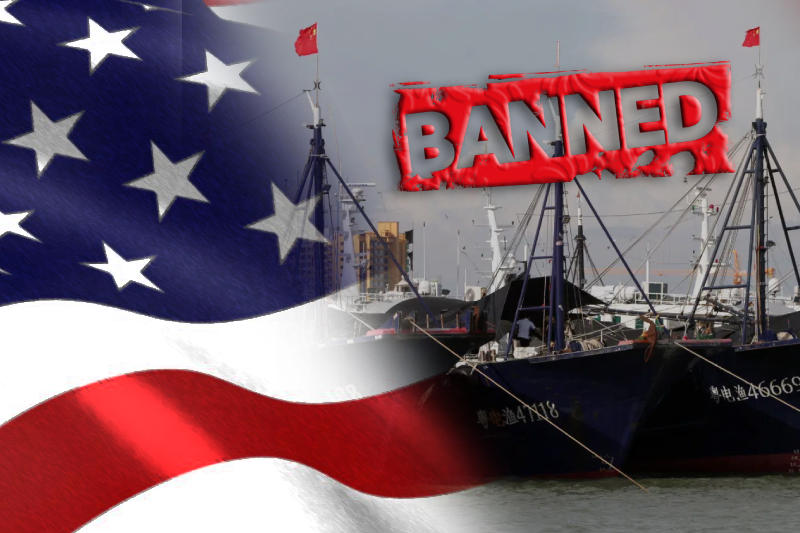 The United States administration continues to keep a strict eye on the Chinese facilities for oracting forced labor. The recent development in the area has come with the announcement of banning chinese fishing boats from entering the American land.

But this is not regular suspension of service that has been ordered by the US government as this time, the top powers have resorted to banning the entire fishing fleet, first of its kind move, from China.

This has come after there were reports of forced labour in the botas carried by these workers. The US customs and border protection announced on Friday that they will be banning the import of seafood from these chinese fishing fleets, which are also supposedly exploiting many of the Indonesian workers.

The CBP was quick to respond to the suspension as it passed the order to detain tuna, swordfish and other products that specifically belong to Dalian Ocean Fishery Co Ltd at the entry point of the US post.

The CBP also stated that they have suspended the release order that essentially prohibits imports for all the other products that contain the seafood that is supplied by this company. The other products include canned tuna and pet food as well.

Even the secretary of Homeland security Alejandro Mayorkas confirmed that this is the first time that the entire fishing fleet has been suspended from entering the country rather than stopping a particular vessel like the administration had done in the past. “The Department of Homeland Security will continue to actively investigate the use of forced labor by ocean fishing vessels and other broad industries,” asserted the Security official while talking to reporters.

He then went on to emphasise that the industries should now understand that if they try to exploit workers, they will have bear consequences to their actions.

The strict measures are a sign of complaints that Indonesian workers made stating that the conditions that they were working in were completely different from what they expected.  The CBP officials also revealed that the workers had to suffer physical violence wage deductions, debt bondage, and poor working and living conditions among other things.

The concerns regarding forced labor are growing. Earlier this week too, the trade representative of the United States Katherine Tai explained the issues of forced labor by fishing boats. She submitted a new proposal to curb illegal fishing and workers exploitation, which is yet to be passed.

Forced labor and increasing scrutiny over the Xinjiang Uighur muslim issue has become the reason of bad blood between the US and China. The American side claims the exploitation and detention of Uighurs to be a human rights violation while the Chinese officials completely refute the allegations. In a bid to control the activities of forced labor, the US has been taking tougher calls when it comes to the business relations with China. When Trump was getting closer to leaving the White House, he made a number of sudden announcements and some of them were directed to China. The former President had put a total ban on tomato and cotton products from Xinjiang after incidents of forced labor came into light.