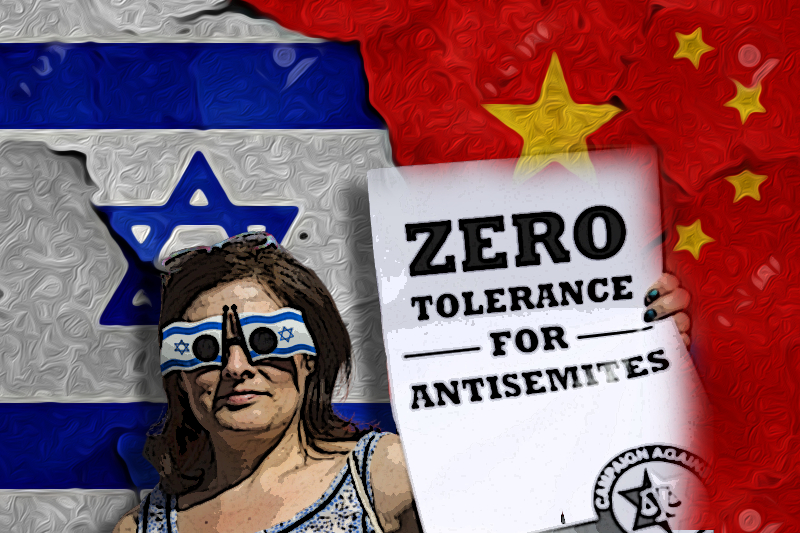 The world is divided over two opinions when it comes to Israel and Palestine with some favouring the Israeli defence towards Hamas while others siding with the violence and treatment of the Palestinians in the region. China, however, has been reluctant to voice its opinion out in the open.

But Israeli Embassy in China feels that the country has been portraying anti-semitic views on its various channels. The embassy said that on one of its programme run on overseas channel CCTV, experts were seen discussing about ongoing violence in Gaza and elsewhere where they had reportedly projected anti-semitic views.

The embassy showed its disappointment on the comments made on the Chinese powerhouse. They tweeted, “We have hoped that the times of the ‘Jew’s controlling the world’ conspiracy theories were over, unfortunately antisemitism has shown its ugly face again.”

The tweet added that Israel was appalled by watching people with blatant anti semitism views on a Chinese media outlet. On Tuesday, the host of the CGTN broadcast received a lot of flak after she questioned whether the support of the US to Israel is purely after democratic principles.

The host Zeng Jungeng hinted that the support might be due to the presence of wealthy jews in the American land and their influence on the American politics. She then said that it has been found that it is the Jews who dominate the internet and finance sector so it is highly possible that they have powerful lobbies within the White House.

Zheng did not stop there and went on to blame the US for using Israel as its ‘beachhead’ in the Middle East so that America successfully managed to defeat pan-Arabism. After their tweet on Tuesday, the embassy made it clear that they had not received any reply from CGTN.

The official spokesperson Erez katz said on wednesday that there was no immediate comment from CCTV or Foreign Ministry spokesperson Zhao Lijian, who said that he was not aware of the situation. “China has repeatedly stated its position on the Palestine-Israel situation,” said the foreign minister. China has been been supporting the Palestianian cause and it was obvious that if Israel is receiving support from the US then China must back the Palestinian cause, say experts.