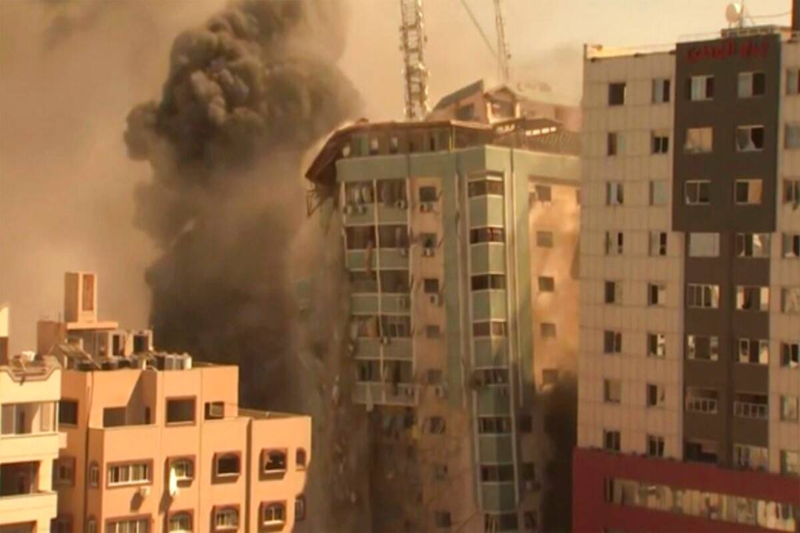 White House is not in mood of changing its stand of supporting Israel. Even after pressure from certain liberal Democrats to condemn ongoing airstrikes and aggravated operations through land and sea in Gaza that is causing worst violence in region in years, Biden administration is showing little willingness to bend.

US President Joe Biden said that Israel military’s response to initial Hamas’ rocket attacks on Monday that triggered the violence is not seen disproportionate in any manner. He said that Israel had full right to protect its territory that was breached by Hamas operating from the Gaza Strip. Israel’s airstrikes into Hamas have killed 87 people so far, including 18 children and 8 women, said Gaza based Palestinian Health Ministry. White House press secretary Jen Psaki also refused to comment on whether Biden raised issue of growing body count of Palestinians in the ongoing conflict during telephonic conversation with Israel Prime Minister Benjamin Netanyahu. She said, “In our view, attacks from Hamas into civilian neighborhoods is not self defense, so he certainly reiterated that, but also reiterated the need to move to de-escalate the situation on the ground.”

Washington has however been reportedly been more vocal with Israel over situation and also raised concerns of evicting Palestinians from holy city of Jerusalem. Readout of telephonic conversation between Biden and Netanyahu also revealed Netanyahu saying that he “shared his conviction that Jerusalem, a city of such importance to people of faith from around the world, must be a place of peace.”

But much to criticism from progressives, Biden has publicly shown firm support to Israel despite calls from his own party over rising human rights crisis in the region. Biden said at White House, “One of the things that I have seen, thus far, is that there has not been a significant overreaction. The question is, how we get to a point where — they get to a point where there is a significant reduction in the attacks, particularly the rocket attacks that are indiscriminately fired into population centers.”