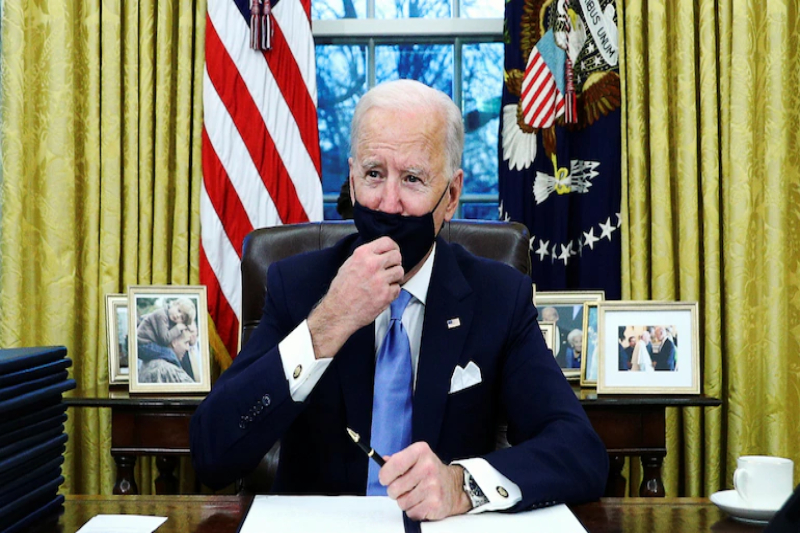 On May 10, a coalition of human rights organizations including PEN America and Centre for Human Rights in Iran sent a joint letter to President of United States of America, Joe Biden. The letter urges Biden administration to include rising human rights concerns in Iran in the US foreign policy towards Iran.

The letter reads, “Efforts to seek improvements in Iran’s egregious human rights record should take place parallel to negotiations on security matters, recognizing fully that U.S. national security interests cannot be met if the human security of the Iranian people is left unaddressed.”

“The U.S. should make clear that focused, persistent attention to human rights will be a key component of U.S. foreign policy toward Iran. Improvements in freedom of expression and other human rights are fundamental to strengthening the Iranian government’s accountability to its citizens and at the international level. As high-level talks are resurrected with Iran, a strong human rights pillar with concrete demands and a strategy to achieve them should be developed and advanced.”

The multiple human rights organizations called on President Biden and Vice President Kamala Harris’s administration to take stern steps that would reiterate country’s stand to protect human rights of people across the world, protection of free speech while chalking out the diplomatic framework of policies to engage with Iran.

Suzanne Nossel, CEO of PEN America said, “Focused, high-level attention to human rights should be a centerpiece of U.S. foreign policy toward Iran, especially as the Biden-Harris administration works to reshape engagement toward the country.” She added, “We are concerned by reports that, as part of its effort to return to the JCPOA, the administration may be open to paring back human rights sanctions that currently target individuals responsible for grave abuses. While the pursuit of nuclear security is an essential objective, it must not come at the expense of human rights. As the world has sought to contain the Iranian nuclear threat, Tehran has continued to violate the rights of its citizens, imprisoning writers, dissenters, and human rights advocates, including Iranians who have fled to what they hoped would be safety beyond the country’s borders. As the Biden-Harris Administration pursues new policy directions, it should use its tools and influence to press for tangible commitments that safeguard the rights of the Iranian people.”

Human rights issues have been a top concern for decades now with dire situation, but last few years have come up with excruciating deterioration of fundamental rights suppression by Iranian regime. Iran is world’s fourth highest jailor of writers, journalists and public intellectuals, as per PEN America’s 2020 Freedom to Write Index.

Hadi Ghaemi, the executive director of the Center for Human Rights in Iran said, “The Iranian government is ramping up repression on all fronts. President Biden’s policy towards Iran can impact domestic developments, and his administration needs a comprehensive policy that makes clear to the Iranian government that the international community will not turn a blind eye to rights violations. None of the president’s policy goals towards Iran will bear fruit if his administration relegates human rights to the bottom of its priorities.”