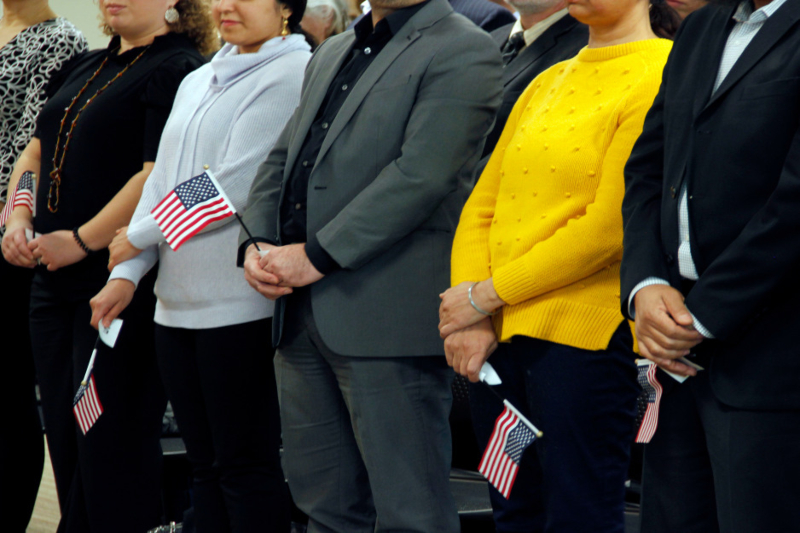 On paper, the United States government is doing everything in its power to solve the migration crisis but on ground nothing is being reflected. Those who advocate migrant rights suggest that the issue is the structural formation of the US government that refuses to deal with the larger issue by providing temporary solutions.

The coming week will witness the Vice President of the United States visiting Mexico, which is being considered a huge step considering the situation with the migrant workers. This is also a big deal because this will be the first trip of the Vice President to Mexico as well as Guatemala. As per the White House insiders, she has spent months preparing for this trip.

One of the core agendas that she will be carrying in her file is the migration situation. She will be aiming to find out the ‘root cause’ of migrants  coming to the US seeking safety over their heads. The problem is much more evident among the people from the Northern Triangle, who are desperately seeking asylums at southern US borders.

Out of many unexplained reasons, the top layers include issues like human rights abuse, extreme climate change practices, hunger and poverty. Of course when the VP steps into Mexican border, the whole world will be keeping a keen eye on how she deals with the core issues and what tactics she comes up with to solve the problem.

But as of now, the solutions she aims to offer the migrants are no way at par with what the advocates from all around the globe are expecting. Many top officials suggest that she is seeking temporary work visas for these migrants, which will make immediate arrangements for their entry.

However, the larger issue remains unsolved. Like the US President and the vice president had promised during their campaign, they should have stuck to ensuring safety and ensurity of more asylum facilities for the migrant workers but now they are looking for temporary solutions.

The route of these misguided quick fixes will do no good but instead worsen the situation. They are looking for temporary work visas and not asylum facilities which will deepen the migrant crisis and increase issues of extortion, trafficking and violence in the border areas.

The advocates are seriously doubting the will of the present administration in providing a solution to the immigrants. The disappointment is now visible among migrants also. Here what America is looking at is a typical capitalistic solution. They are dealing with this issue through financial concerns, not humanitarian.

It would look as if through these temporary visas, the American administration is trying to balance out the economic situation and provide work visas to the immigrants. No doubt it will fix the broken immigration system of the nation, but what it will not do is provide stability to the people who are standing in long queues for hours to get one hope at a permanent asylum facility. During the Trump administration, the immigration system broke down misserbley. The impact was more visible during the coronavirus pandemic. It was fairly evident that the US government had hurt a lot of families as it tore them apart seeking for their own programs to extend. But with Biden coming to power, it was expected that he will be acting on these asylum facilities making them a permanent home for the immigrants, which so far, the President has failed to do.