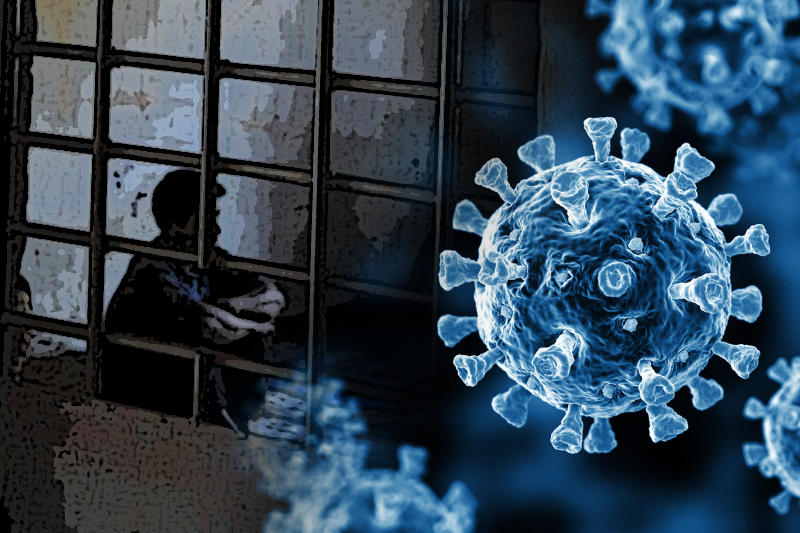 Worsening the Covid-19 situation in Myanmar, the spread of the virus is getting out of control. Even the most marginalized population, people living in the prisons are not spared from the deadly disease. The spread has escalated since February 1, when politically motivated arrests have risen. The military coup has arrested people based on suspicion and political interference and has put them in jail when access to health care is poor.

The unhygienic and unsanitized prisons have led to over 600 cases in Myanmar’s prisons. The Ministry of Health estimates there are almost 4000 new infections daily across the country. But due to lack of testing and information from the military, it is assumed that the real figures are higher than what is stated in reports and in news.

It was also brought forward that a 45-year-old surgical lecturer was arrested by the military regime in June and she died of COVID-19 at a local hospital two days back. She was infected with the virus during her stay in the prison.

Similarly, civilians like Dr Maung Maung Nyein Tun, a lecturer at the Department of Surgery in the Mandalay University of Medicine, and his wife Dr Swe Zin Oo, a specialist at Mandalay Hospital, were arrested by the junta in June and have also been infected with the coronavirus in prison. They were charged with incitement under Section 505-A of the Penal Code for refusing to work under the military regime. Several pro-democracy supporters have been charged under that section and the military is arresting people who are not complying to give up. Rather they could be sentenced to three years’ imprisonment.

In the first week of August, the prisoners held a protest inside Mandalay’s Obo prison after seeing their prison mates dying of the contracted virus. At least 12 inmates have died after having been infected with the virus within a week in August.

However, to quell the rapid spread, officials at Insein, Taungoo, and Myaung Mya prisons have ordered lockdowns. Inmates who show symptoms are quarantined but few are tested or receive adequate medical treatment. It was disclosed that the prison authorities have apparently also not taken any special measures to protect groups at higher risk such as older inmates and those with preexisting medical conditions.