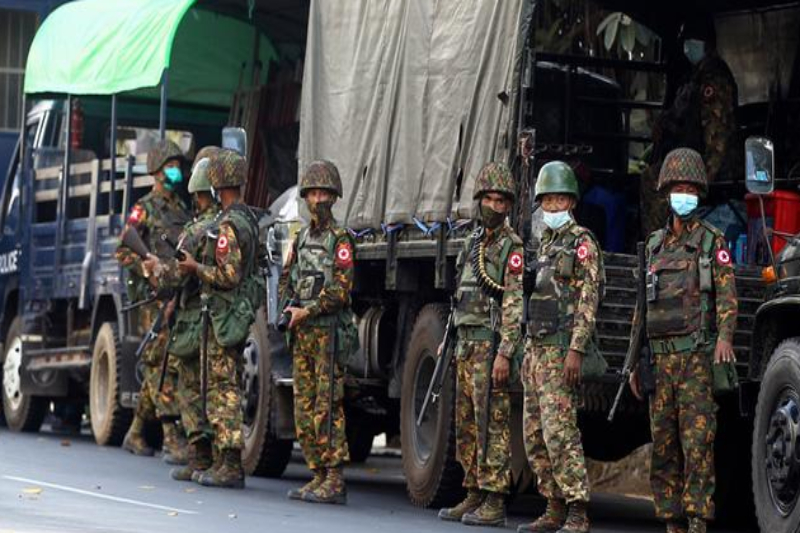 Japan’s business entities have been participating in the commercial real estate project involving Myanmar’s abusive military. This has been vehemently condemned by human rights groups. Apparently, there are many such projects of which one of them is Y-Complex in Yangon that is being constructed on land lease from the country’s armed forces, the Tatmadaw. Official name for the armed forces of Myanmar, Tatmadaw was literally blacklisted by the United Nations from any international investments. In May 2019, an independent UN fact-finding mission recommended that countries cut all financial ties related to Myanmar’s military (formally known as Tatmadaw) owing to the armed forces’ lack of progress in resolving internal conflicts. The military’s business interests permeate most sectors of the economy, and would trigger a severe economic shock if formally sanctioned by all UN members.

Japan somehow has not adhered to this. As of now, Tokyo Tatemono has stated that they have suspended operations on the Project Y-Complex. Sadly, there are many participants like Japan Bank of International Cooperation (JBIC), Japan Overseas Infrastructure, Investment Corporation for Transport and Urban Development (JOIN) and Fujita Corporation. All these entities have not suspended their associations.

The Y-Complex includes a shopping mall, hotel and office rental space too. The agreement of the project actually binds all stakeholders into creating immovable long-term assets for the Myanmar military.

Further, official reports confirm that On June 22, 2020, a Myanmar military spokesperson confirmed that the military owns the land, and the Ministry of Defense receives rental payments for the Y-Complex development. The Myanmar military is also receiving rental from the land already. This goes onto show that Japan is apparently, funding the military operations into Myanmar that has entered the country in a perpetual state of military state rule, with no stable government running.

Human rights groups are opposing Japan’s help into any of the military owned properties. In February of this year, through a joint submission to the United Nations Working Group on Human Rights and Transnational Corporations and Other Business Enterprises, five groups have requested an investigation into whether the Y-Complex project is financing Myanmar’s military. At the time of the joint submission, none of the Japanese businesses involved in the Y-Complex project had conducted effective human rights due diligence as called for by the UN Guiding Principles on Business and Human Rights.