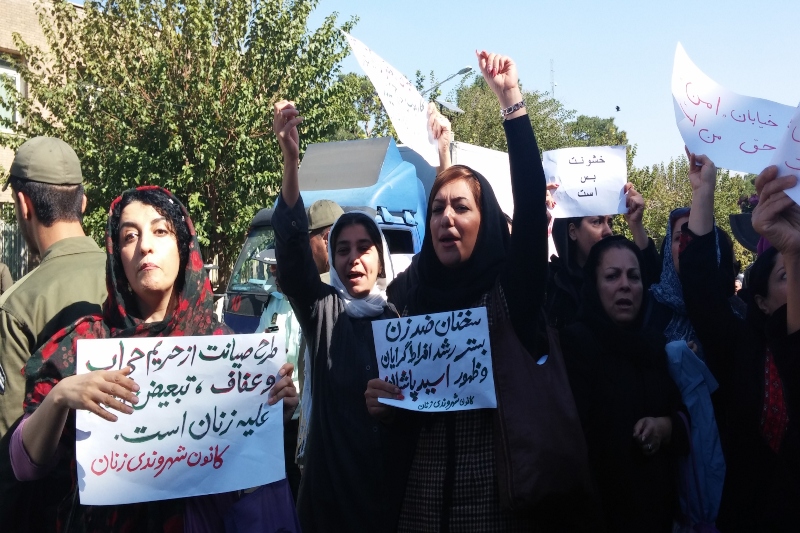 Iran – human rights activists are seeking justice for teachers. These include groups like Education International and its member organisations. They are all seeking justice in the sense of prevention of them being jailed for seeking fair pay. Arbitrary arrest and violence is being strictly protested against. The call follows the arrest of a teacher trade union leader and the ongoing detention of others.

On 13 December, teachers and educators in 110 cities across Iran staged a sit in protest against the poor living conditions and low salaries being offered to them for decades together. Their demands include health insurance and retirement benefits promised to them, release of imprisoned labour leaders, end of discrimination within the educational system, curbing the privatization of education and maintaining free public education apart from repair of school buildings too.

It is worth noting that Iran has always curbed free speech and the treatment with teachers isn’t new to come like this. However, teachers are saying that peaceful strikes and demonstrations are the fundamental right of any law-abiding citizen.

The EI affiliate, the Coordination Council of Iranian Teachers’ Trade Associations also indicated that “neither the government nor the Parliament have shown any attention to our demands”. Instead, a reduced budget has been announced for the upcoming budgetary period.

“In the budget, allocations to military and unaccountable institutions have increased manifold, while the livelihood of most people, namely teachers, have been ignored,” the council went on to deplore.

On 1 December, the Executive Board of Education International passed a resolution on Iran, demanding the release of Esmail Abdi and other arrested trade union leaders. There is a particular and urgent concern for Abdi’s health, which has been severely affected after long imprisonment in dire conditions.

Education International’s General Secretary, David Edwards, voiced the concerns of the global education trade union federation. “We strongly condemn the arrest of Iranian teacher trade unioninists and demand their immediate and unconditional release,” he emphasized. Dozens of peaceful teachers’ rights advocates are currently imprisoned in Iran on charges that reflect the criminalisation of the expression of dissent opinions, peaceful protests and assembly, and independent labour activism.

Between 2014 and 2019, at least four teachers were given the death sentence for alleged activities against the state, and three of them were executed: Hadi Rashedi, Hashem Shabaninejad and Kurdish teacher activist Farzad Kamangar.