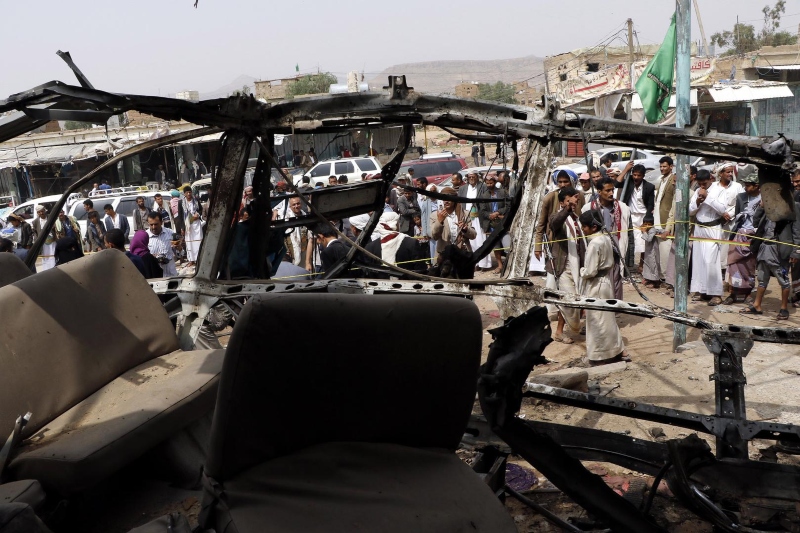 A Yemen-based human rights organization has documented more than 40,000 humanitarian violations carried out by Houthi rebels in the Al Mahwit Governorate in the past seven years.

In its report, Rassd for Rights and Freedoms (RRF) has shed light on 40,506 violations of human rights against Yemeni civilians perpetrated by Houthis between September 2014 and September 2021.

According to RRF’s report, Houthi rebels are behind multiple killings, torture, kidnapping, forced displacement of civilians along with recruitment of children and ransacking of private and public infrastructure in the governorate. Many shops across Al Mahwit’s provincial capital and districts have been destroyed by Houthi leaders, the report underlined.

Several cases of extrajudicial killing, death under physical and psychological torture in prisons, illegal sentencing, and kidnapping against civilians opposed to Houthis in Al Mahwit have been recorded by the organization. The report highlighted evidence of forced recruitment of hundreds of underage children by Houthi militia, depriving them of basic education and healthcare facilities. In addition, the group has issued death threats to several activists and politicians in the region.

Addressing the critical situation in the Arab nation, Asma Al-Jaldi, a local human rights officer in Al Mahwit, has called on the international community, global human rights organizations, and the UN special envoy for Yemen to intervene in the crisis and initiate immediate steps to counter serious crimes and rights violations carried out by Houthis across several parts of the country.

Last month, Yemen’s Human Rights Ministry issued a statement, documenting hundreds of cases of mental and physical torture and execution of prisoners in jails controlled by the Houthis in Sanaa, Hajjah, Thamar and other provinces. Local and international rights groups have raised demands for independent investigations into the deaths of prisoners in the Houthi-controlled prisons.

“This crime is an extension of a series of crimes and grave violations committed by the Houthi militia against the kidnapped and forcibly displaced men, women and children in their detention centers, who are subjected to the worst types of physical and psychological torture,” the ministry said.

Earlier, Yemeni Information Minister Muammar Al-Eryani hit out at Houthi militia over forced recruitment of underprivileged African migrants in the country. On Monday, leading London-based human rights lawyers called on the International Criminal Court (ICC) to launch an investigation into war crimes and humanitarian crimes allegedly committed during the civil war in Yemen.