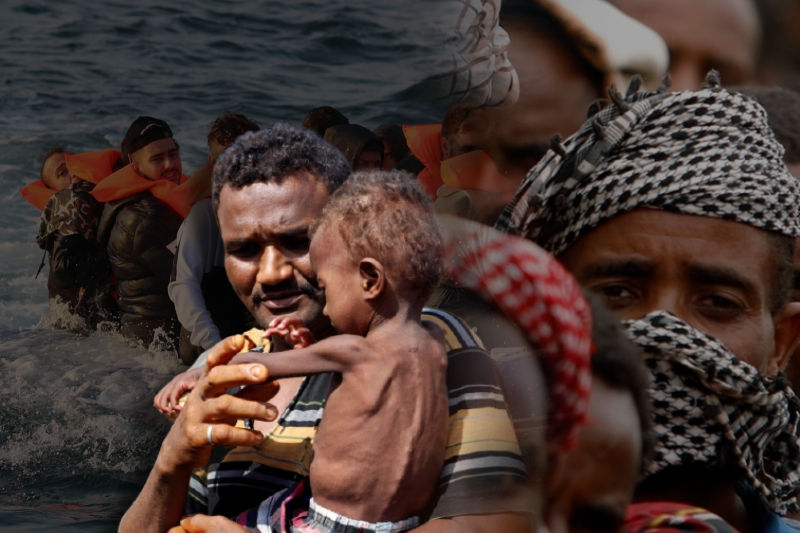 A boat carrying African migrants capsized off the Yemen coast fearing dozens dead. Fishermen in Lahj province of Yemen informed of recovering 25 bodies from waters near Ras al-Ara. The boat reportedly capsized two days ago and is said top be carrying between 160 and 200 people, according to provincial officers.

Ras al-Ara is a coastline stretch that is commonly used by people smugglers. It lies just east to Bab al-Mandab strait which is a 20 km wide waterway separating Yemen and Djibouti and also connects Red Sea with Gulf of Aden.

Recent years have witnessed thousands of migrants from Horn of Africa, mainly from Somalia and Ethiopia, crossing into Yemen through waters attempting to continue their journey onwards to Saudi Arabia.

IOM (International Organization for Migration) is said to be verifying the reports of boat capsizing. IOM tweeted, “IOM teams are on the ground and ready to respond to the needs of survivors.”

Meanwhile, Aden al-Ghad, a Yemeni news site has reported through sources that at least 150 migrants had drowned and four Yemeni were missing along with others.

The migrant boats in the region are usually overcrowded and not fit for traveling in tricky waters. The dangerous and perilous journey multiple times in past has proven to be the last for many migrants. In April, a migrants boat capsized while traveling from Yemen to Djibouti killing at least 44 migrants.

IOM reports that the migrants who manage to reach Yemen are usually held by smugglers in the country that is now into its sixth year of Civil War. The migrants are held by the people smugglers for days to months in exchange of ransom from their families.