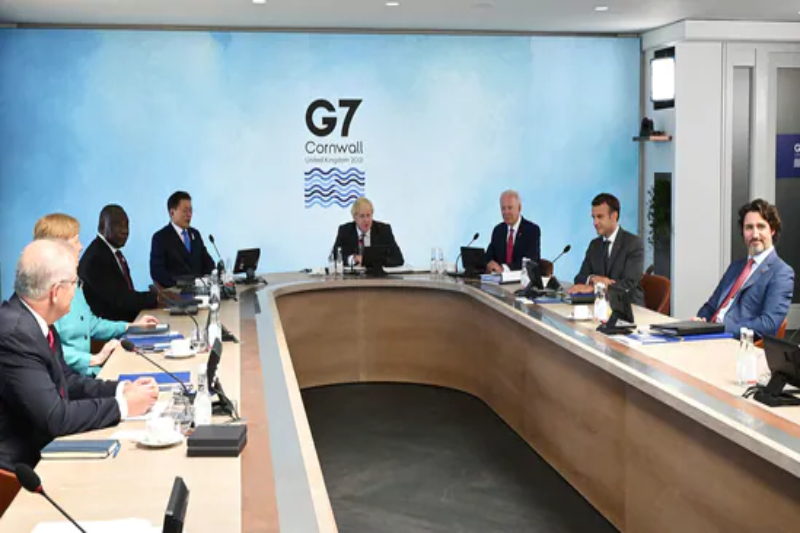 China on Monday condemned the joint statement issued by the Group of Seven leaders that had taken Beijing to task over human rights record in Hong Kong and Xinjiang.

China has branded the G7 as being “politically manipulative” after it reprimanded Beijing over a range of issues. China accused the G7 of gross interference in its internal affairs and urged the group to stop slandering China.

The G7 leaders on Sunday had issued a statement that called for Hong Kong’s complete autonomy and blamed China over highly sensitive issues like human rights violations in the Muslim region of Xinjiang and underscoring the importance of peace and stability across the Taiwan Strait.

China’s embassy in London said the G7 statement was full of “baseless accusations”.

The statement shows that China is strongly dissatisfied and resolutely opposed to mentions of Hong Kong, Xinjiang, and Taiwan. Beijing said that the twisting of facts exposed “sinister plans of a few countries such as the United States”.

China said that since the COVID-19 pandemic is still raging and the global economy is indolent, the international community needs to avoid confrontation and focus on unity and cooperation.

Experts generally are of the opinion that China has confined more than a million Uyghurs in its crackdown in Xinjiang that began in 2017. There have been reports of physical and psychological torture from detention camps and prisons in the region. China refutes these allegations. The international community also denounced the new security law passed in Hong Kong last year that makes it easier for Beijing to arrest and detain dissenting voices in the area. Thus the G7 leaders said Hong Kong should be given rights and freedoms as promised under agreements when the area was handed back to China in 1997.