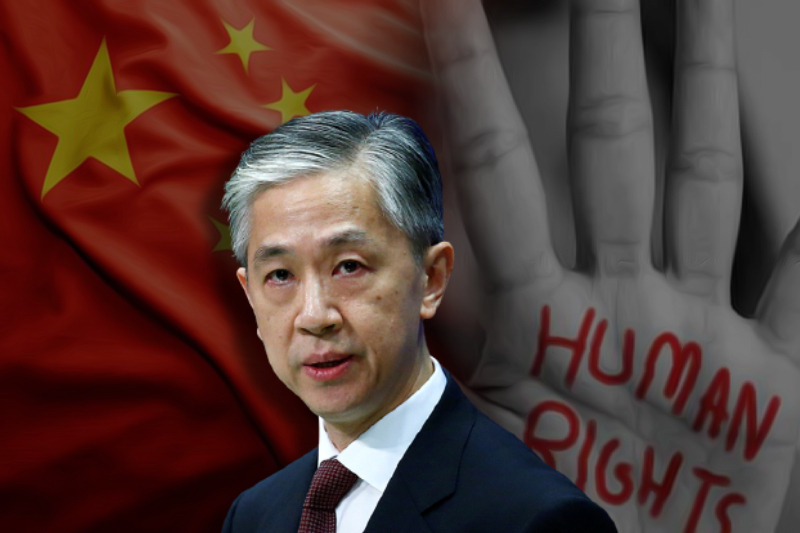 As the China makes allegations on United States that they are not able to contain China’s development and spread havoc in Xinjiang province. The message is wrongly sent under the pretext of protecting human rights. Wang Wenbig, who is a spokesperson from Chinese Foreign Ministry says that the US lies and rumors have been exposed by the fact and truth that Xinjiang enjoys stability and prosperity and residents there are leading happy and fulfilling lives. He further added that US used human rights as a cover to mess up Xinjiang and contain China’s development will never succeed.

Wenbin stressed on the fact that China’s goal was to fight violent terrorism, extremism, and separatism in Xinjiang. And instead the US let the focus sit on issues concerning ethnicity, religion, and human rights. Rather it should be noted that crimes like abuse, atrocity and genocide should not be related with China.

Chinese Foreign Ministry makes this remark soon after US Secretary of State Antony Blinken, met Uyghur internment camp survivors, and relatives of individuals detained in Xinjiang. The survivors urged officials from Washington to build pressure on China to halt ongoing genocide against the Uyghurs minority.

As the US State Secretory emphasised on hearing from the victims and their relatives directly so that he can know about a clear picture about conditions that they and the Uyghur community more broadly face.

Shockingly, being the global giant power, US released its 2021 Trafficking in Persons placing China among the worst countries in human trafficking following its increasing repression of Uyghurs and other ethnic minorities in Xinjiang.

The report accused China of using surveillance technologies and criminal charges to abduct and detain more than one million Muslims and run more than 1,200 state-run internment camps.