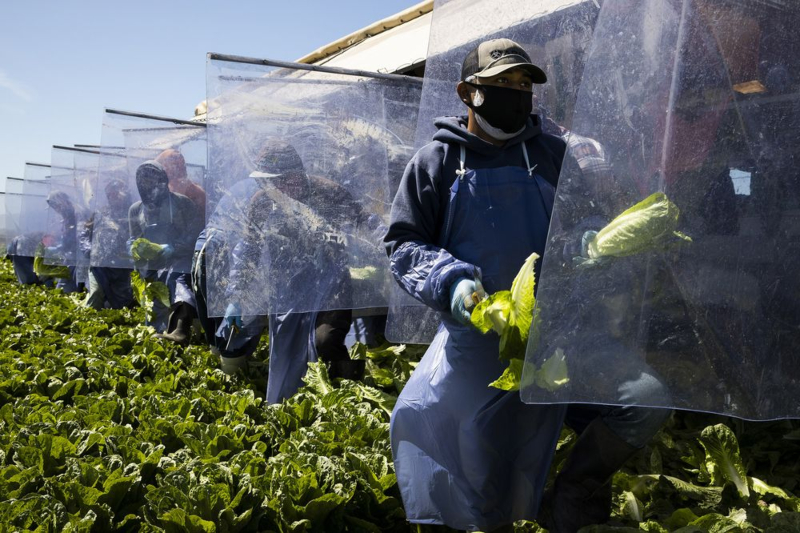 Following the sudden heatwave in the Pacific Northwest that killed hundreds, including an undocumented migrant worker in Oregon, farmworkers are now requesting Congress to pass a law for basic safety standards to protect them from the scorching heat.

Around 2.4 million farmworkers in the nation are undocumented, and lack of immigration status makes them more exposed to workplace exploitations, as they’re more unwilling to make demands of their employers.

Teresa Romero, president of the United Farm Workers association stated that Farmworkers are at risk by the summertime extreme temperatures fueled by global warming, Covid-19 outbreak, and living in everyday fear of deportation. Moreover, they are reluctant to make any complaints regarding mistreatment due to their immigration status.

Many people died due to the heatwave as the temperatures climbed to 100 degrees in California, Washington, and Oregon. There is no government standard for working conditions during a heatwave. Just three states California, Minnesota, and Washington have guidelines to shield laborers from excess heat if temperatures rise.

On Tuesday, Oregon Gov. Kate Brown (D) set brief crisis measures, urging employers to provide breaks, shade, and water to outdoor laborers. However, there is a need for such measures to be permanent and widespread.

Numerous farmworkers get their salary on what they pick rather than per hour basis, making them confused to even apply for an off as they fear losing the little amount they are earning, stated Bruce Goldstein, the president of advocacy group Farmworker Justice.