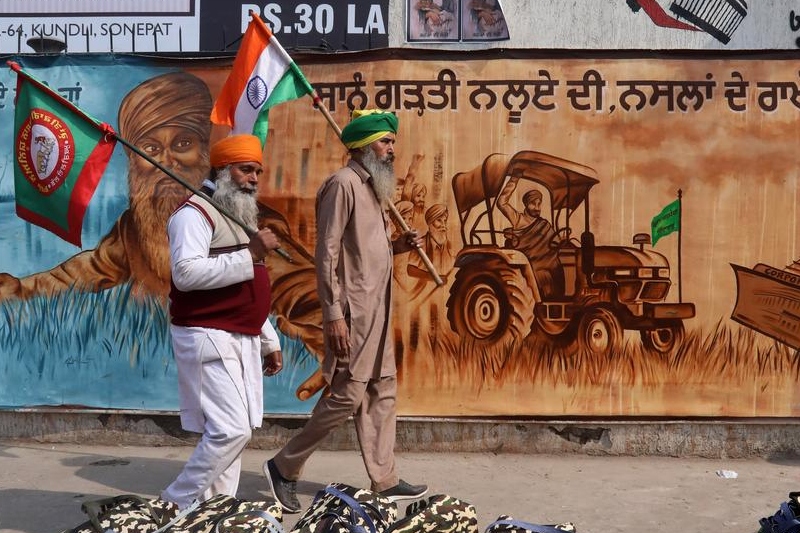 farmer agitations to stop if centre keeps its word

India – The Central government has made a proposal to the protesting farmers citing “immediate suspension” of all cases against them. Farmers have spent 15 months in protesting against the farm laws and assurance on MSP. But after the proposal made by government, they have agreed to scale down their agitation.

Yesterday morning, a meeting was held by the five-member panel, spearheading the farmers’ stir to discuss the fresh proposal. The centre has made a proposal for suspension both in connection with the agitations against farm laws and over stubble burning.

The proposal made by the government comes with a condition that farm unions will call off protests for the withdrawal of fake cases against farmers. The five-member committee was also expected to meet Amit Shah and Narendra Singh Tomar to discuss their pending farm-related issues later today.

Farmer leaders Gurnam Singh Charuni shared that the protests are still underway; but will now come to an end soon. He also said “We have accepted the revised draft given by the centre over our demands in regard to farmers agitation against three farm laws. We will hold a meeting again soon, as soon we receive a formal letter from the Centre.” Protest is still underway,” farmer leader Gurnam Singh Charuni said.

The farmer’s union has decided to meet on December 09 at 12 pm to take a final decision on reducing the intensity of protests camped outside Delhi and take decision to go back home or stay back.

Farmers made a decision on withdrawing the protests after the government decided U-turn on the Farm Laws and an assurance to withdraw police case against the agitating farmers.

On the Tuesday evening, the central government has made an offer which included assurances of a committee being formed to examine the MSP demand, on the condition that the farmers halt their protest before the police cases were dropped. On the question of the constitution of the MSP committee, the farmers have emphasized only members of the Samyukt Kisan Morcha (in addition to officials from the Centre, concerned states and agricultural experts) can be chosen. This is to counter the inclusion of those farmers who supported the farm laws.

And on the question of the contentious Electricity Amendment Bill, the farmers have exacted a promise from the government that this will only be tabled after a discussion with them.

The farmers had also underlined the need for financial compensation (to the families of the, reportedly, more than 700 growers who died in the protests) along the lines of that offered by the Congress government in Punjab; the state has given ₹ 5 lakh and a job to a family member. Both Haryana and Uttar Pradesh have agreed, in principle, to this demand. Last week the farmers said Home Minister Amit Shah spoke to them (via a phone call) to discuss outstanding issues; this was after their protests forced the recall of the farm laws. All of this represents a huge climbdown from the government, which has furiously defended the farm laws – even to the extent of calling protesting farmers “terrorists” and “Khalistanis”.