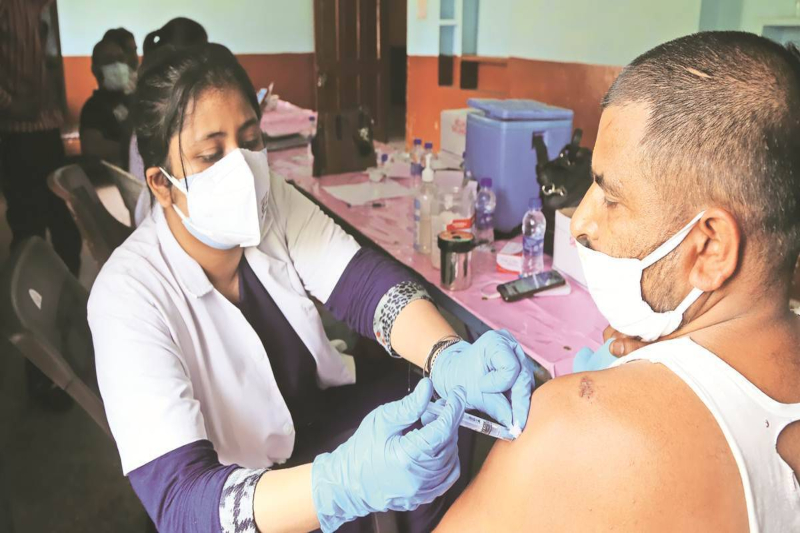 In the recent news, it was disclosed that the state government of Punjab government decided to dip into the Building and Other Construction Workers (BOCW) Welfare Board fund to vaccinate construction workers. The amount that was used for the vaccination drive of workers has drawn sharp criticism from labour rights activist and the director of the Centre for Social Change and Equity.

Vijay Walia, who is a director of Centre for Social Change and Equity said these lines parallel under “contempt of court”. The state is said to be taken Rs 7.5 crore from the BOCW Welfare Board fund so that they can vaccinate 2.19 crore construction workers age between 18-45 years. He further told the reporters that the Supreme Court order of 2012 says, funds for labour welfare cannot be diverted for any other purposes. Although, the government has promised free vaccination for all government-run healthcare facilities still this amount was sought in the name of vaccination.

He also pointed at Punjab chief secretary Vini Mahajan and mentioned that he was in no way empowered to take any decision on behalf of the BOCW Welfare Board. It was further clarified that by the National Campaign Committee for Central Legislation on Construction Labour versus Union of India, the Supreme Court, in an order in 2012, that funds available with the Welfare Boards shall not be utilized by the state for any other head of expenditure of the state government. Vijay Walia continued to say he has contacted National Campaign Committee for Central Legislation on Construction Labour’s national coordinator Subhash Bhatnagar to file a writ petition. However, in the light of Covid-19, the courts and decisions regarding further actions are delayed.