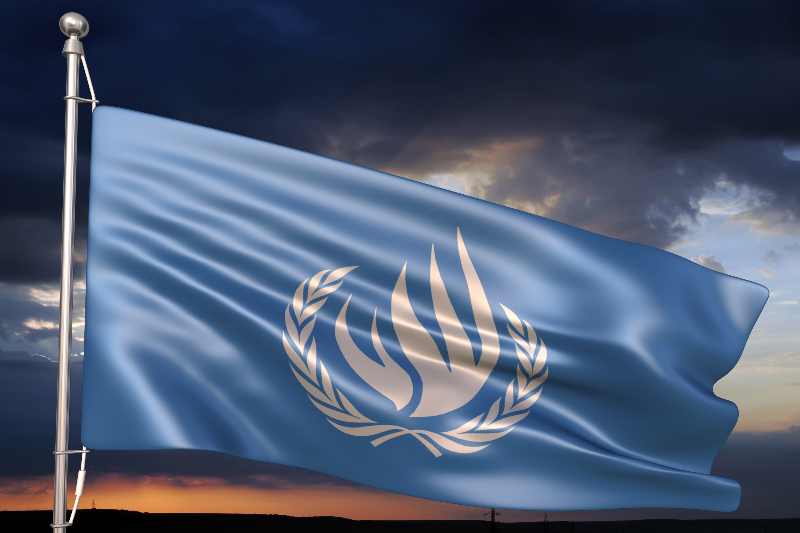 Observing the increasing tensions between the Indian government and protesting farmers, who have been demonstrating against newly introduced farm laws, the United Nations Human Rights Council (UNHRC) on Friday, urged both sides to exercise ‘maximum restraint’. The UN emphasized that it was important for all the stakeholders to opt for “equitable solutions” while paying due respect to human rights.

The Office of the United Nations High Commissioner for Human Rights (OHCHR) also spoke against the government’s crack down on the farm protestors who have been peacefully protesting at the borders of the capital city, Delhi. The organisation highlighted that the protestors held the right to peacefully assemble and express their demands to the government. It added that their right to carry out peaceful demonstrations should be protected both offline and online.

“#India: We call on the authorities and protesters to exercise maximum restraint in ongoing #FarmersProtests. The rights to peaceful assembly & expression should be protected both offline & online. It’s crucial to find equitable solutions with due respect to #HumanRights for all,” it tweeted.

Thousands of farmers, mainly from Punjab, Harayana, Uttar Pradesh, have been protesting at Delhi border points— including Singhu, Tikri and Ghazipur— for over two months, despite the chilling cold. Farmers have asked the ruling BJP government for a complete rollback of the three farm laws passed in September 2020. The three agricultural laws included – The Farmers’ Produce Trade and Commerce (Promotion and Facilitation), Act, 2020, The Farmers (Empowerment and Protection) Agreement of Price Assurance and Farm Services Act, 2020, and the Essential Commodities (Amendment) Act, 2020.

Despite multiple rounds of talks between government and farmer union leaders, the issue remained unresolved as the Indian government, led by the nationalist Hindu party, refused to repeal the agricultural laws. The issue also made tremors at international forums and many foreign leaders, celebrities and personalities came forwards to back farmers’ cause. This development forced the Ministry of External Affairs to publish a formal statement discouraging their involvement in the matter, stating it as an internal affair of the country.

On Wednesday, MEA said in a statement, “The Parliament of India, after a full debate and discussion, passed reformist legislation relating to the agricultural sector. These reforms give expanded market access and provided greater flexibility to farmers. They also pave the way for economically and ecologically sustainable farming.” The MEA slammed the sensationalization of the issue and said that the attempt to do so via social media hashtags and comments was “neither accurate nor responsible”.