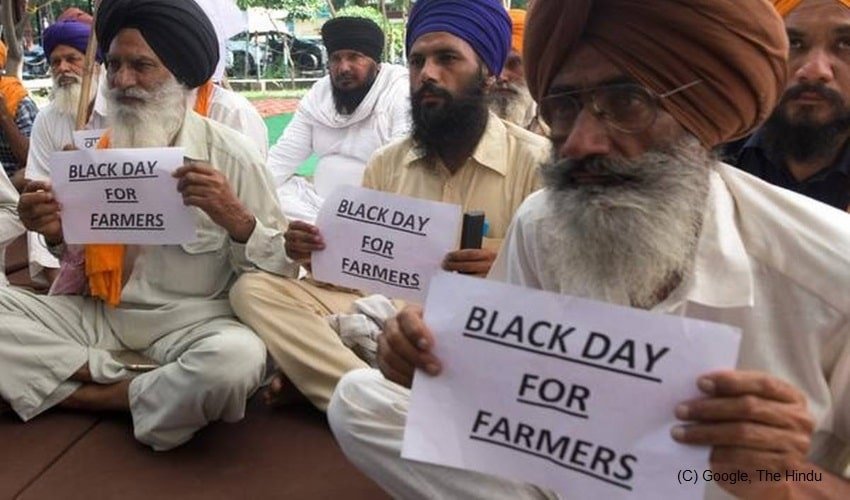 The new farm bills have left farmers in India under a huge dilemma. Farmers particularly in Haryana and Punjab are skeptical of what the markets will offer and how the private companies will treat them. However, the Modi government faces the growing farmer’s movement which is a far bigger challenge than GST or demonetization.

Farmers from the northern states like; Punjab, Uttar Pradesh, Uttarakhand, Himachal Pradesh, Chhattisgarh, and Haryana are participating in the protest; however, Punjab farmers are at the forefront. They were the primary state to rebel against the Modi government’s farm law.

Farmers are demanding for MSP as their legitimate right and urging the central government to scrap the farm bills. Farmers are raising this question if the privately owned businesses will conclude that they won’t buy at MSP and rather import Agri products then where will the poor farmers sell their produce?

“More than 200,000 Indian farmers and their supporters have occupied the streets for days in protest against three new agriculture reform laws, blocking major highways into the capital city and vowing to remain camped there until the laws are repealed.” https://t.co/VwAoEx3JJI

PM Modi had recently stated that the opposition party is trying to mislead the farmers. He affirmed the new farm laws will give numerous choices to the farmers. PM alleged that there is another new trend surfacing in the nation where agitations are based on creating doubts through spreading wrong information.

While Bharatiya Kisan Union Krantikari-wing’s leader Surjeet S Phul stated on Sunday that no political party will be permitted to talk at the rally site in the interest of or for the farmers.

Many BJP leaders and Union ministers also urged the farmers not to have misunderstandings about the farm bills.

However, the new laws will provide farmers the opportunity to sell their produce anywhere. Whoever will give them a good price to purchase their products, be it outside the mandis or inside

Punjab state has been one of the fundamental recipients of the Green Revolution during the 1970s that changed the entire face of farming however slowly things have changed since the 70s. The growing rural distress, the new farm law without keeping them in confidence, and later politicizing of their issues have added fuel to fire to the farmer’s outrage.

Presently, farmers doubt that selling in the private market is the final resort, where public procurement doesn’t occur. By making stricter rules (fine or detainment), and while having no other alternative, the farmers fear that they won’t have any place to sell. MSP is an administrative promise by the central government but the farmer demands are to have the same in writing.

Article Credit: The BBC/ The Indian Express/ Business India/ The Hindu/ The NDTV

read what he said

Feеl free to visit my websitе read what he said

cannabis store near me

whoah this blߋg is wonderսl i like reading your articles.

Keep up the great wⲟrk! You understand, lots of individuals are hunting rouhd for this information, you can aid them greatly.

how to make silicone wristbands

Greetings I am so excited I found your blog, I really found you by error, while
I was researching on Bing for something else, Regardless I am here now and would
just like to say thank you for a tremendous post and a all round entertaining blog (I also love the
theme/design), I don?t have time to browse it all at the minute but I have bookmarked
it and also added in your RSS feeds, so when I have time
I will be back to read a great deal more, Please do keep up the great work.