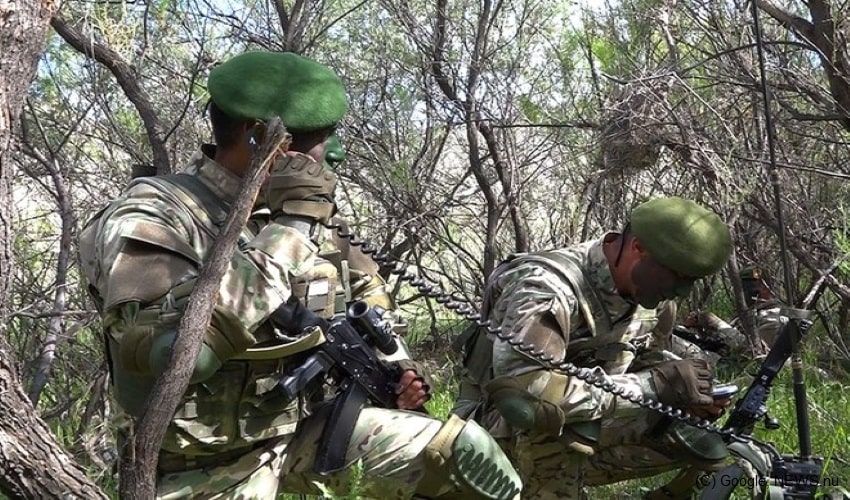 On Wednesday, Human Rights Watch launched a report raising the issue of mistreatment of Armenian Prisoners of War (POW) by Azerbaijan

On Wednesday, Human Rights Watch launched a report raising the issue of mistreatment of Armenian Prisoners of War (POW) by Azerbaijan. The rights group said that the during the recent violent conflict between the two countries over the contested region of Nagorno-Karabakh, Azerbaijan captured Armenian military troops and subjected them to physical abuse and humiliation.

The accusations have been made against the Muslim populated country on the basis of various videos, which have been widely circulated on social media since October. The videos showed the captive soldiers being physically assaulted, slapped, kicked, humiliated and forced to kiss the Azerbaijani flag, praise Azerbaijani President Ilham Aliyev, curse Armenian Prime Minister Nikol Pashinyan, and say that Nagorno-Karabakh was part of Azerbaijan.

Ask your Senators and Representative to take immediate action to:

The rights group emphasised the unabashed and inhumane behaviour of Azerbaijan soldiers, who had not covered their faces in the videos, signalling that they were unaffected by the idea that they might be held accountable for their actions.

There can be no justification for the violent and humiliating treatment of prisoners of war. Humanitarian law is absolutely clear on the obligation to protect POWs. Azerbaijan’s authorities should ensure that this treatment ends immediately.

The International humanitarian law, or the law of armed conflict, clearly directs the warring parties in an armed conflict to treat POWs in humane manner in all circumstances. The third Geneva Convention grants protection to POWs “particularly against acts of violence or intimidation and against insults and public curiosity.”

Though Human rights group did not mention the exact number of POW taken in custody but as per Armenian officials, estimated the number was in the “dozens.”. Though the report did acknowledge some of the accounts wherein videos showed that some of the captives were communicating with their families and said they are being treated well. But the organisation expressed serious concern about the safety and well-being of all the prisoners.

The conflict between Armenia and Azerbaijan over Nagorno-Karabakh turned into a full blown war on September 27, 2020, with Azerbaijan’s military attack. It was the biggest escalation of the decades-old conflict with respect to the disputed territory of  Nagorno-Karabakh, since 1994 cease-fire. Nagorno-Karabakh, a region mainly dominated by Armenian ethnic population, declared its independence from Azerbaijan in 1991 during the disintegration of the Soviet Union. Though its independence was not internationally recognised which led to years of war, and the conflict was finally settled with 1994 cease-fire agreement. 2020 witnessed another violent conflict between the rival nations which had to be controlled before turning into a regional war. After three failed attempts of bringing truce between the hostile nations, Russia finally succeeded in making way for peace and settling the dispute through a peace deal on November 10.