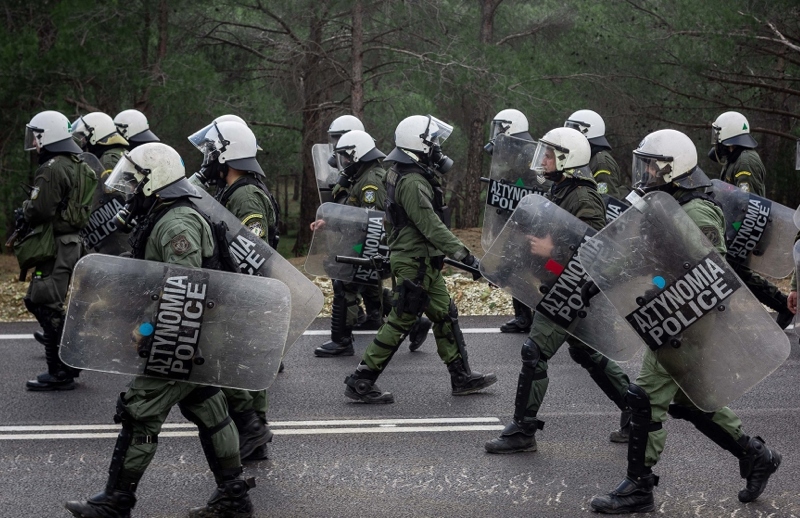 Greece – An 18-year-old Cameroonian migrant has submitted a complaint to the European Court of Human Rights (ECtHR) for having been forcible thrown off a vessel into the Aegean Sea by the Greek coast guard units. The migrant’s account states that he was handcuffed and along with his other friends thrown off forcibly into the waters pushed and threatened with the guards’ weapons.

The migrant, identified as Ibrahim Obbo, is seeking 100,000 euros ($112,672) in moral damages and rights violation from Greece. Obbo is filing the case with the ECtHR with legal assistance from the Yaşamak social solidarity association based in Izmir.

Obbo’s lawyer Esengül Kıran told AA that his mental health was devastated when he met with the association. According to his lawyer, each country has the right to deport such migrants but cannot take any forcible action that poses as damaging to their mental and physical wellbeing.

Physical examination has also shown bruises confirming physical assault as well. Arslan noted that they chose to directly apply to the ECtHR as there are no other legal institutions to submit a complaint about Greece’s violations.

According to Turkish Coast Guard Command officials, Obbo said he managed to swim to the shore, but that the two people with him had drowned on the way.

Obbo is also being represented by another lawyer, Mehmet Arslan who stated that his client was traumatized beyond words. In Obbo’s account, he and his friends were literally hunted down as thieves. “They started firing left and right once they saw us. We were in two groups in the forest. After walking in the forest for an hour we were caught by the Greek police. They started punching us and they searched us. They took our phones and money, threw us into their car, telling us not to look out the window. They said they would kill anyone who lifts their head. They lifted us like animals and then threw us onto their own vessel. They kept hitting us there,” Obbo said.

On Sept. 18, a lifeless body belonging to an irregular immigrant from Cameroon was found in the Kuşadası district of Aydın, in western Turkey. On Sept. 20, the body of another Cameroonian irregular migrant was found by Turkish coast guard personnel. The identities of both bodies were confirmed by Obbo. Atrocities against migrants is increasing as pressure to control their movement mounts of border forces. But Greek methods of violence on asylum seekers, that clearly violates their human rights, is not the answer to the problem, according to Turkish authorities that have repeatedly criticized these moves.