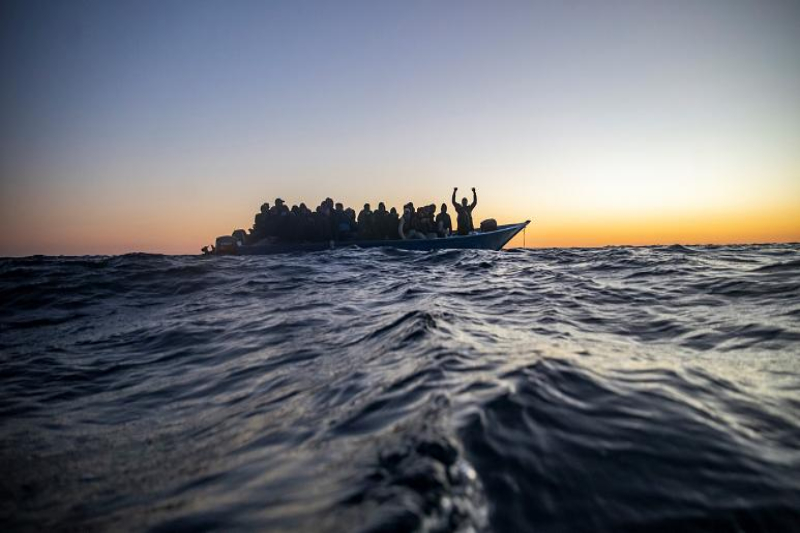 A tiny Italian island, Lampedusa, has exhausted its maximum capacity of holding migrants as over 2000 asylum seekers were smuggled into island in 24 hours. The calm seas and apt weather led to launch of at least 20 boats by human smugglers towards the island, pushing the reception centre to its threshold. On Sunday, around 1400 migrants had arrived on the island. After that four boats arrived on the island carrying some 636 people.

As a result, scores of migrants were forced to spend the night on dock. The asylum seekers hailed primarily from Pakistan, Syria and sub-Saharan Africa. Hundreds of other asylum seekers were being transferred to an unused ferry anchored offshore for quarantine till they could be tested for Covid-19.

Citing the massive influx of migrants ahead of summer season on the tiny island, Mayor of Lampedusa has asked Italian government for assistance and support. Mayor of the island is to launch a large scale vaccination campaign against Covid-19 for all the residents of Lampedusa before it is open for tourists for summer holidays.

EU home affairs commissioner, Ylva Johansson after a discussion on situation with Italy’s interior minister, Luciana Lamorgese, said, “Faced with this huge amount of (migrants) arriving in very little time, we need solidarity toward Italy and I urge other member states to support resettlements. I know it is harder to manage migrant flows during the pandemic, but it is possible to do so, and it is time to show solidarity to Italy.”

Police union official, Domenico Pianese has called the ongoing migrant situation in Lampedusa ‘explosive’. He said, “If we have another day like yesterday, with an incessant succession of disembarking, it won’t be possible to manage public and health safety.” Italy and Libya were accused of not responding to a mayday call last month that led to capsizing of a migrant boat off the Libyan coast. Hours later dozens of bodies were discovered by an NGO floating in water. Over 130 lives were lost that day.