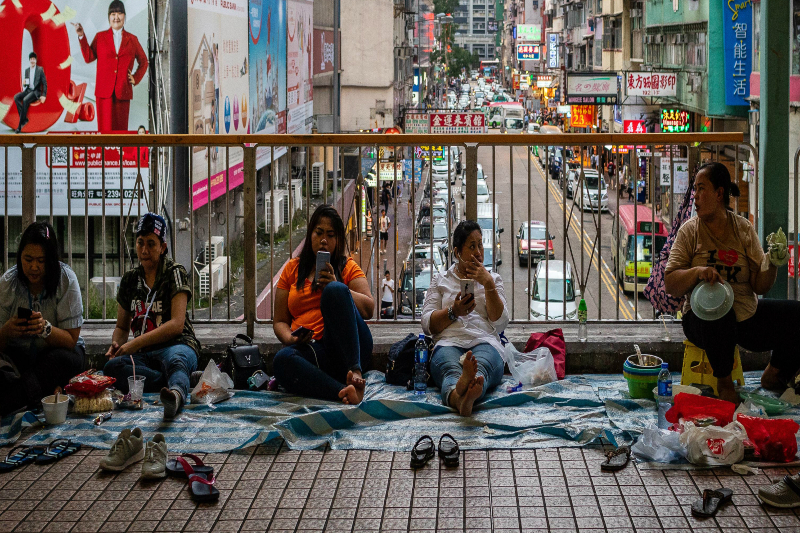 Hong Kong migrant workers are up and arms against the government decision to make vaccine immunization compulsory for foreign workers.  They have called the move ‘discriminatory and unjust’.

According to Health officials, there were plans to roll out mandatory inoculations for the 370,000 domestic helpers in the city, mostly poorly-paid women from the Philippines and Indonesia.

Work visas can only be renewed and reissued if the workers could show that they have been vaccinated. Migrant domestic workers are now feeling cheated.

If this plan goes ahead, it would be the first time Hong Kong has directly tied working rights for foreigners to vaccines.

While all domestic workers have been asked to be tested over the coming days, this does not necessarily mean that this extend to the families they work for.

Non Hong Kong workers are seen aiding the elderly and doing other odd jobs, for which the government feels it, is necessary they are vaccinated. However, many feel such working migrants’ visa status has got nothing to do with their vaccination.

Migrant groups also pointed out that the wealthier foreign migrants — such as the city’s white-collar financial workers — are not being forced to get vaccines.

Ironically, the wealthier lot already has access to the vaccines but is hesitant to take any.  Infection rates have not soured in Hong Kong.  But the health ministry has warned for the fifth wave of a variant. Therefore, as the city understands its needs for migrant workers, it is putting a tough policy in place for them to be vaccinated first. Labour minister Dr. Law Chi-Kwong described domestic workers as being in a “high-risk group”.