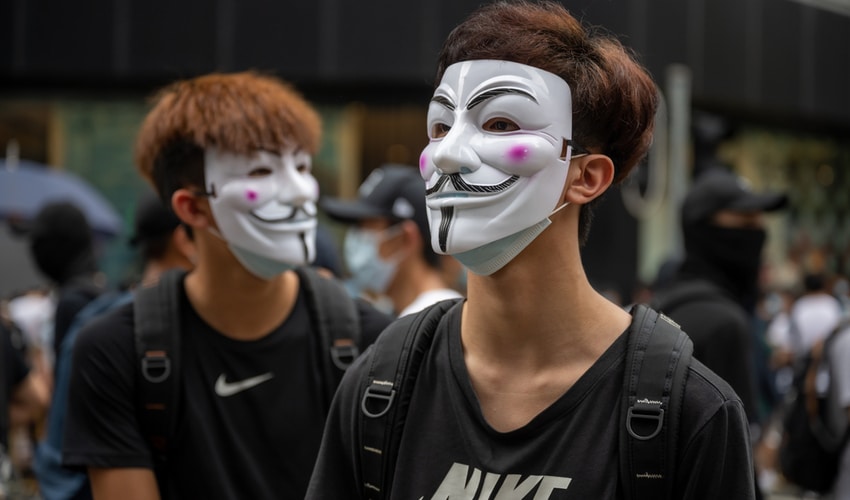 “We urge the Chinese and Hong Kong governments to reconsider the imposition of this legislation and to engage Hong Kong’s people, institutions and judiciary to prevent further erosion of the rights and freedoms that the people of Hong Kong have enjoyed for many years,” a joint statement of Australia, Canada, New Zealand, Switzerland and 15 European Union states, including the Netherlands and Sweden, said. Responding to China’s passing of a national security law for Hong Kong amid protests across the city and numerous arrests in recent weeks.

“With this far-reaching threat to Hong Kong’s freedoms, human rights are more important than ever. The safeguards that are enshrined in Hong Kong law can act as a counterweight to the sweeping powers introduced by this national security legislation.”

Amnesty International denounced that the authorities’ definition of ‘national security’ is so vague, it prevents anyone from knowing how and when they might transgress it.

“With its vague language and provisions for secret trials, handpicked judges and mainland security agencies operating freely in the city, the law is wide open to politically motivated, capricious and arbitrary interpretation by the authorities”. Bequeline added, highlithing that “Hongkongers are facing an assault by the Beijing authorities and the Hong Kong government on freedoms they have long enjoyed. Given how draconian the law is, the most effective way to protect people in Hong Kong from repression is to ensure strict adherence to human rights”.

This is a painful moment for the people of Hong Kong. This new national security law must not become a weapon of fear. pic.twitter.com/xAtfzoXY5g

The United Nations demanded that Beijing should reaffirm the rights of the people of Hong Kong, with guarantees set in international law as the guide. UN standards demand that human rights be at the heart of any national security law, and the Chinese and Hong Kong authorities remain obligated to follow this principle.

Under the national security law, the full details of which were only released late last night, the crimes of separatism, subversion, terrorism and collusion with foreign or external forces are punishable by a minimum sentence of three years and a maximum of life imprisonment. The Chinese central government will also establish an Office of Safeguarding National Security in Hong Kong, with its own law enforcement personnel and the ability to exercise jurisdiction over certain cases.

This means under certain circumstances suspects can be transferred for detention and trial to mainland China, where individuals accused of endangering national security are routinely denied fair trial rights. Although the law has one provision recognizing generic human rights safeguards, other parts of the law allow the Office of Safeguarding National Security to exercise sweeping powers while effectively bypassing oversight by Hong Kong’s legislative and judicial system, including immunity from local jurisdiction.

Amnesty International warns that the law also allows local law enforcement additional investigative powers, while reducing judicial oversight at the same time. The UN Security Council, General Assembly and numerous expert bodies have repeatedly stressed that full compliance with international law, in particular international human rights law, is the fundamental basis and best practice for a successful strategy in combating threats to national security. Scores of people were detained amid protests last week, with police stating that seven had been arrested on suspicion of violating the national security law by the late afternoon. One man was arrested after he was searched and a “Hong Kong Independence” flag was found in his bag.