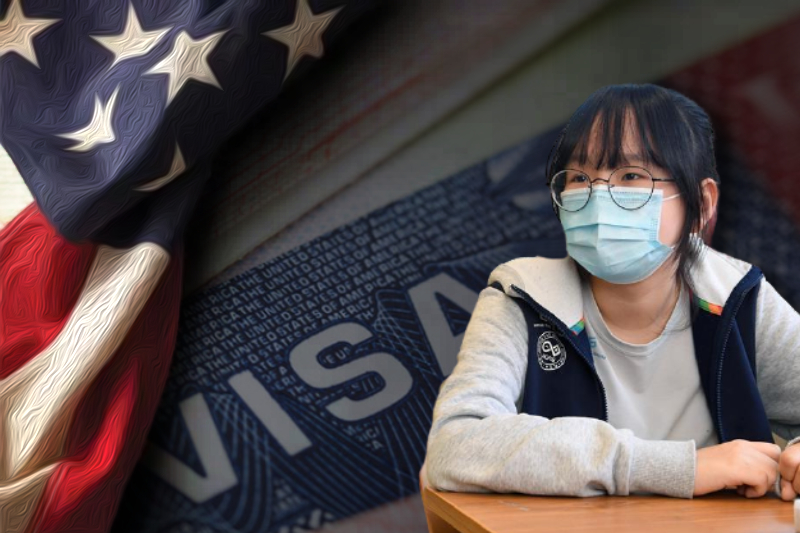 Chinese students are not happy with the visa restrictions imposed by the changed policy of the United States and hence nearly 1,000 students have come together to sue the policy. Things got worse when students realised that the restrictions were very much in place despite the US embassy in China reopening the process of visa applications.

The US administration had its share of concerns regarding the students entering its border with high-tech backgrounds. So even though the visa application process reopened in early May, certain students continue to face heavy restrictions on them leading to the lawsuit.

The US should correct its mistakes, review Chinese students’ visa applications, stop using various excuses to restrict and suppress them, protect their lawful rights and interests, and create a sound atmosphere for China-US people-to-people exchanges and educational cooperation. pic.twitter.com/bmKlBMN6XK

Other than that, the restrictions are also specific to those applying for study in literature and business. These students have an influential background and most of them come from the leading science universities of China. The US officials believe that students have ties with the chinese military and if they come to the American land, they might possess a threat.

Many of the chinese students in the eight leading science universities are also believed to have caused espionage and there were reports that showed their links to illegal collection of intellectual property and all of this combined will pose a huge threat for the United States, fear the officials.

The US gathered the realities of these events in 2019 and in 2020, the former President Donald Trump issued a presidential proclamation 10043 which essentially banned postgraduate chinese students and researchers associated with chinese military civil fusion strategy to study in the country.

One of the students who spoke about the disparity and restriction talked to a chinese news site where he said,“Today, the restrictions are imposed on students from eight schools. Who can guarantee that this ban will not be extended?” The student also said that if they continue to be silent, it will create unwarranted discrimination.

The name of the person has been kept anonymous for security reasons but the person said that there are many other students facing the issue and they will definitely join this case in future. “So far, more than 1,100 people said they are willing to join us and we hope more could follow,” said the person. As per this anonymous person, the students are fighting for their academic dreams and the first step is going forwards with a legal battle, which will save them from becoming victims of the US administration.