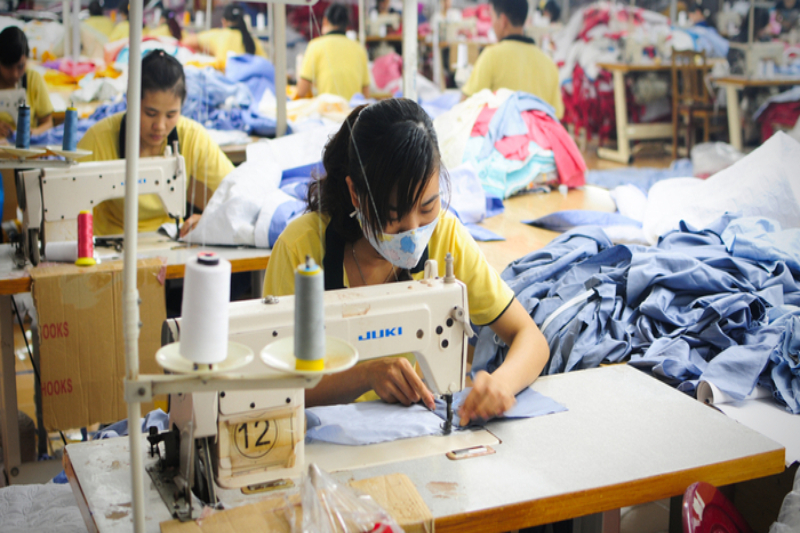 Shockingly when the entire world stands to fight against the rising wave of COVID-19, the President of Sri Lanka Gotabaya Rajapaksa, orders travel bans and bans on public gatherings, to contain fresh wave cases but orders garment factories to remain open. An official from Human Rights Watch (HRW) says that the trade unions and public health inspectors have reported numerous virus outbreaks in factories, as well as in the congested boarding houses where many workers live and alleged that employers were under-testing and under-reporting cases to maintain production levels.

It is also noted that there have been multiple outbreaks in garment factories since April 2021. Although many labour rights activists complained on behalf of the workers that factory managers pressured workers to work without adequate occupational health and safety measures. They also mentioned that they lost pay when they fell sick or needed to quarantine. The activists said that the police or military personnel had intimidated them to stop them from speaking out as well.

Meenakshi Ganguly, who is South Asia director at Human Rights Watch said, Sri Lanka’s garment workers are entitled to work in safety and be properly paid even when they fall sick or need to quarantine. However, the government, factory owners, and the international clothes brands sourcing from Sri Lanka are neglecting the safety and employment rights of garment workers. They should be encouraged to speak at the workers’ welfare instead of intimidating and silencing them.

It is demanded that at least the relief packages should be distributed to workers and proper guidelines must be followed to safeguard their livelihoods. A Labor rights activist mentioned that government claims that health measures are enforced. But in reality, these rights are reserved to a piece of paper only. As workers are scared of losing their jobs, so even when they have symptoms they continue to go to work. Ganguly urged foreign companies that buy clothes from Sri Lanka, to focus on labour rights and pressurize Sri Lanka to adhere to its commitments in favour of protecting the garment workers.