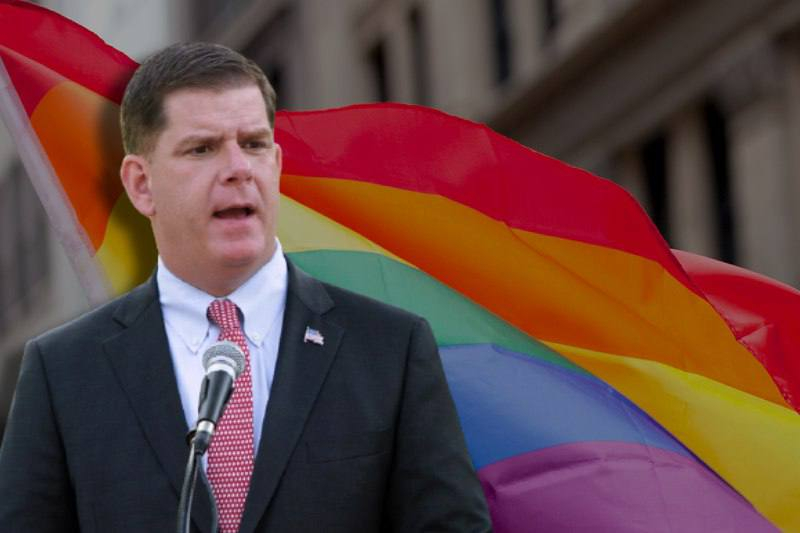 US Secretary of Labor Marty Walsh recently visited Indianapolis and held talks with a number of LGBTQ activists with the aim of discussing workers’ rights. During the meeting, he assured the activists that the Biden government is working to make workplaces safer for LGBTQ workers in the state.

Walsh highlighted that the Labor Department is taking measures to ensure that equal rights are granted to America’s LGBTQ community across all workplaces in the country.

In addition, the LGBTQ community members also expressed concerns related to the discrimination they experience at their workplaces on a regular basis.

“They misgender me all the time and people I work with on a daily basis,” said Angie Martinez, a board member for LGBTQ+ youth transitional home Trinity Haven.

They have also called on the Labor Department to provide funding for training programmes and setting up a guided framework to ensure the provision of fair treatment to LGBTQ workers at both the state and federal levels.

“There needs to be accountability. Accountability from the federal government to states to local organizations,” said Martinez, who works in the healthcare sector.

They underlined that even after the Supreme Court’s June 2020 verdict to protect the rights of LGBTQ employees against discrimination on the basis of sexual orientation and gender identity, things have not changed significantly at workplaces in Indiana.

Taking note of their concerns, Walsh confirmed that the authorities are working on ensuring protection to all LGBTQ workers in line with the Biden administration’s determination to improve the LGBTQ policy in the country. The Labor Department is aiming to make sure that workers’ rights are protected in the American Jobs Plan, the Secretary added.

“We are protecting all workers’ rights to be able to work in the areas that are within the jobs plan,” he said.

In a landmark decision last year, the US Supreme Court had ruled that the Civil Rights Act of 1964 prohibits workplace discrimination based on sexual orientation, race, colour, and religion in the country. The order extended workplace protections and rights to thousands of LGBTQ+ workers across the country.