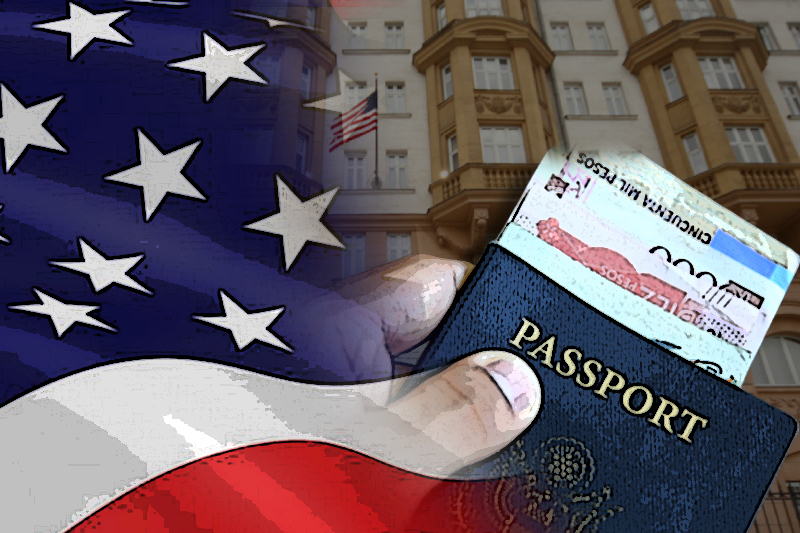 As the tensions between Russia and the United States continue to soar, the US embassy has officially announced that it will be putting a halt to the consular service. The embassy will also be stopping all the activities related to visa services from August 1.

The announcement comes after Russia had imposed a hiring ban on the American staff earlier this month. This might bring an end to the diplomatic mission between the two nations given the fact that the US embassy in Moscow is the only remaining connection between Moscow and Washington.

In 2018, under the Donal Trump administration, St.Petersburg consulate was shut down in 2018 and directions were passed to downsize in other locations of the country such as in Vladivostok and Yekaterinburg in January this year.

Russia had taken a drastic call this month amid the rising tensions and straight away banned the embassy from employing foreign nationals. The announcement was a reaction which was expected of Russia especially after the US administration had balmes Russian officials of forging the election results.

The US ambassador to Russia, Ambassador John Sullivan, confirmed the recent development in between the two nations saying, “After Aug. 1, we will have very few people working here, which is why we will not be able to provide the consular services which, as I know, both Americans and Russians need so much.”

Now with the recent restrictions, Russian will not be allowed to apply for visas to visit or even for work related instances. Even the ease of doing business has been hampered and now all those who are seeking for visas can do is apply for visas at US embassies in third party countries.

Other specific services such as routine passport service or consular reports of birth abroad will also not be given to the Russian nationals with the haluting of consular services in Moscow. The ambassador made it extremely clear that the implications are not restricted to business or trade but also families. Both the presidents have agreed to return their respective ambassadors which meant that Sullvian returned to the US while his Russian counterpart, Anatoly Antonov returned to Moscow.