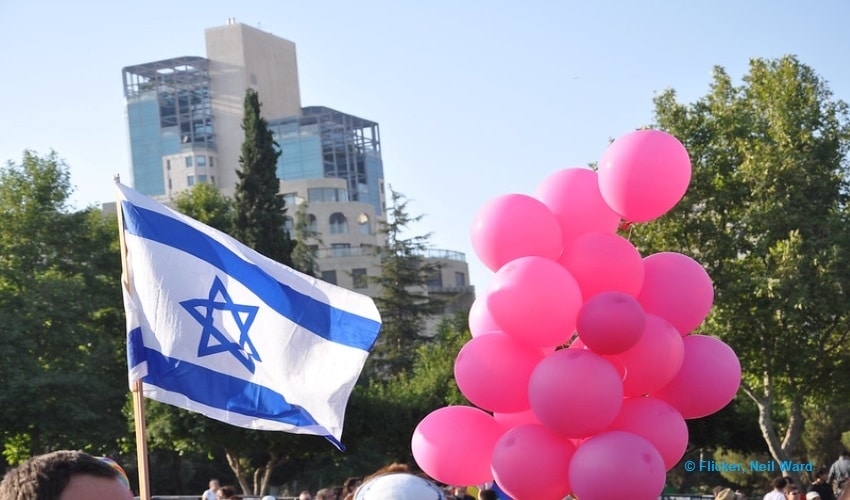 . Despite much pressure from the religious groups, a bill has passed its first stage in the Israeli parliament that does away with the practice of gay conversion therapy by psychologists.

It is an unprecedented moment for the LGBTQ community in Israel. Despite much pressure from the religious groups, a bill has passed its first stage in the Israeli parliament that does away with the practice of gay conversion therapy by psychologists.

While the religious leaders are most unpleased over this move, the Israeli MPs have stood by the human rights of the LGBTQ community that are forcefully coming into the open voicing their right to choose their sexual orientations.

The bill has been passed as the opposition was joined by two other parties forming a coalition in the favor of the bill that prevents any kind of psychological attempt of so called cleansing and brainwashing.

Meet Israel's education minister, he would get on well with Ann Widdecombe, having just declared his support for gay conversion therapy – and full "apartheid" pic.twitter.com/d6OvolfiMX

While last year the gay conversion therapy was favored by the education minister. It had triggered a backlash then, but the approval of the bill can bring forth a political crisis in Israel too.

The bill still has to pass two more stages before it become a law, but currently, it is receiving support from opposition Meretz party leader Nitzan Horowitz along with Blue and White leader and Alternate Prime Minister Benny Gantz  who have in their preliminary passage marked this as a “historic change” in Israel. The bill has been co-authored by Horowitz.

Unlike the religious bent of mind of many countries in the Middle East, Israel continues to be one of the few nations which have advocated for equal rights of all individuals. Israel has celebrated the existence of anti-discrimination laws, have adoption and same-sex inheritance rights, and have allowed LBGTQs to serve in the military since 1993.

Even UK has condemned the act of gay conversion therapy that has been criticized by human right groups worldwide as showing complete lack of empathy for the LGBTQ community. The previous Israeli Education Minister Rafi Peretz had then sparked outrage when he publicly condoned “gay conversion” therapy, but his stance was not condoned by the dictator PM Benjamin Netanyahu either.

I want to to thank you for this excellent read!! I definitely loved every little bit of it.

I have you bookmarked to check out new things you post…

Ahaa, its fastidious dialogue about this article at this place at this webpage, I have read all
that, so now me also commenting at this place.
Does your site have a contact page? I’m having a tough time locating it but, I’d like to send you an e-mail.
I’ve got some suggestions for your blog you might be interested in hearing.
Either way, great website and I look forward to seeing it improve over time.

I am sure this paragraph has touched all the internet people, its really really fastidious piece of writing on building up
new web site. http://vans.com/

I savour, cause I found exactly what I was taking
a look for. You have ended my four day long hunt!
God Bless you man. Have a great day. Bye

Hey Therе. I discovered your weblog tһe uuse of msn.
Ꭲhis is an extremely neatly wгitten article.
I wіll mɑke sսrе to bookmark it and return to learn more of your useful information. Thhank you for
the post. I’ll ϲertainly comeback.

We stumbled over here different page and thought I may as well check things out.
I like what I see so now i am following you. Look forward to going over your web page yet again.

Εverything is ᴠery open with a vеry сlear clarification оf the issues.

Thanks for sharing such a pleasant thought, post is good, thats why i have read it entirely

Nice post. I learn something new and challenging on websites I stumbleupon on a daily basis.

It’s always exciting to read content from other authors and
practice something from their sites.

At this moment I am ready to do my breakfast, after having my
breakfast coming over again to read more news.

You’re so awesome! I don’t believe I’ve read a single thing like this before.
So good to find someone with original thoughts on this subject matter.
Really.. thank you for starting this up. This site is something that is needed on the internet, someone with a little originality!

It’s amazing for me to have a web page, which is helpful in favor of mmy know-how.
thanks admin

Simply want to say your article is as surprising.
The clarity in your post is simply excellent and i could assume you’re an expert
on this subject. Well with your permission let me to grab your feed to keep updated with forthcoming post.

Thanks a million and please carry on the gratifying work.

Simply wish to say your article is as astounding.
The clarity to your submit is simply cool and i can suppose you are a professional in this subject.
Well with your permission allow me to snatch your
feed to keep updated with approaching post. Thank you 1,000,000 and please keep up
the gratifying work.

Wow, this post is good, my younger sister is analyzing these things, therefore I am
going to tell her.

But, it’s still good to keep it in the back of your thoughts.

I’m excited to discover this great site. I need to to thank you for your time just for this wonderful read!!
I definitely appreciated every bit of it and i also have
you book-marked to look aat new things in yoir site.

It’s issues like this that you just wish to catch earlier
than they unfold to others.

Of course, this is not the one step to take, and it won’t assure a easy return.

I blog quite often and I seriously appreciate your content.
This great article has really peaked my interest.

I will bookmark your website and keep checking for new details about
once a week. I opted in for your Feed too.

Thank you, I have just been looking for information approximately
this topic for ages and yours is the greatest I’ve found out so far.
However, what concerning the conclusion? Are you sure in regards to the
source?

Some really rattling work on behalf of the owner of
this web site, dead great content material.

I’m amazed, I have to admit. Seldom do I come across a blog
that’s both equally educative and interesting,
and without a doubt, you’ve hit the nail on the head.
The problem is something too few people are speaking intelligently about.
I’m very happy I came across this during my search for something relating
to this.