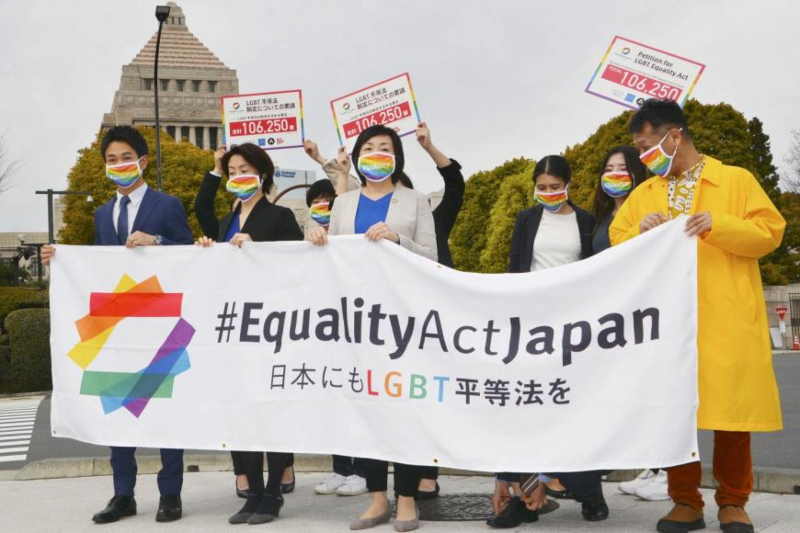 Japan has been all over the news in recent months for the upcoming Olympic season but it might have overshadowed one of the burning issues in the country–LGBTQ rights. The Japanese government has continuously neglected the importance of a non-discriminatory law that ensures protection of the rights of this community.

At a world stage, this would reflect as an ignorant attitude towards safety of people identified with the rest of the genders, which effectively targets their availability and security of human rights.

This law was supposed to be passed before the Tokyo 2020 Olympics and Paralympics but Yoshihide Suga has failed to do it and now the human rights watch is asking for the law to be passed immediately. Keeping this in mind, the Human Rights Watch released a video that had five LGBTQ activists higlighting how Japan has been neglecting their rights.

The director of one of the umbrella organisations of over 80 LGBTQ organisations in Japan  Yuri Igarashi emphasised on protection by the law for both the LGBTQ community as well athletes. “LGBT people in Japan, including athletes, are entitled to equal protection under the law, but currently there are a very limited number of openly out professional athletes in the country, and many remain in the closet from fear and stigma.”

The issue with the Japanese administration is that even though the Olympic charter bans tany kind of discrimination and follows it like bible, the ruling party seems to have forgotten its promises while coming to power that it would be the one to pass country’s first national LGBTQ law during the 2021 Diet Session. The Diet session ended in June but the law was not passed.

The nation had gotten time of a year to decide and fix its shortcomings ahead of the Tokyo games due to the pandemic but the country has failed to protect their rights. None of the athletes competing from the host nation have come out openly as a member of the community. The games were supposed to have an inclusive environment but contrary to the claims,  the Japanese prime minister has not yet lived up to its promise to create a safe environment.

Other LGBTQ organisations along with J-All have been urging political party members and other elected representatives to pass the legislation to protect the LGBT rights. Last year, these organisation also created the #EqualityActJapan campaign to ask for a law that is based towards gender identity and neutrality. This year, Japan has the opportunity to change things for athletes and make a difference. Founder and executive director of Athlete Ally, Hudson Taylor stressed that LGBTQ+ athletes have always shown great level talent and have competed in the highest levels of the sport. Taylor also added that if they were not protected from discrimination, “the true spirit of Olympism – one of inclusivity and equality – can never be fully realized.”