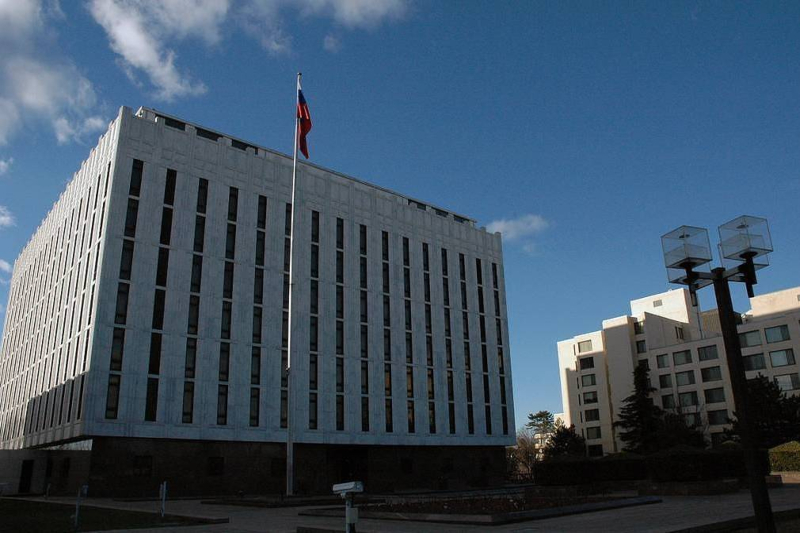 russian embassy in us

Degrading relations with the United States has led Russia to grow suspicious of its activities concerning Moscow as well as the whole of Europe.

The recent announcement by the Russian embassy in the US regarding the missile deployment has made it clear that it wants to leave no stone unturned concerning the US administration. On Tuesday, the Russian embassy had warned the US against using or planting US hypersonic missiles in Europe through its twitter account.

“We would like to remind Pentagon Press Secretary [John Kirby] that potential deployment of any US hypersonic missile in Europe would be extremely destabilizing,” it said on social media. The embassy emphasised that with the deployment of missiles, Russia won’t be left with much time to take a decision and it will likely increase the conflict.

On Monday, the Russian defense ministry reported that a Tsirkon missile has successfully been tested from the white sea. This was a project called Admiral Gorshkov Project 22350 lead frigate. These are highly capable as well as compatible missiles. They can develop speed upto 29 knots and can also use their strength to displace 4,500 tonnes.

These units are also armed with heavy duty missile launchers like Oniks and Kalibr and are also capable of conducting surface-to-air missile systems in tough situations. The US deployment might be a way to counter Russia preparations with regards to hypersonic missiles. Spokesperson of the Pentagon’s investigative unit earlier talked about Russia’s hysonic missile testing without accepting the US deployments. Kirby had stated that Rusia stepping up the hypersonic missile trajectory means that there can be a potential chance of destabilization in the region. They are all the more risky because these missiles are capable of carrying nuclear charge, he stressed.