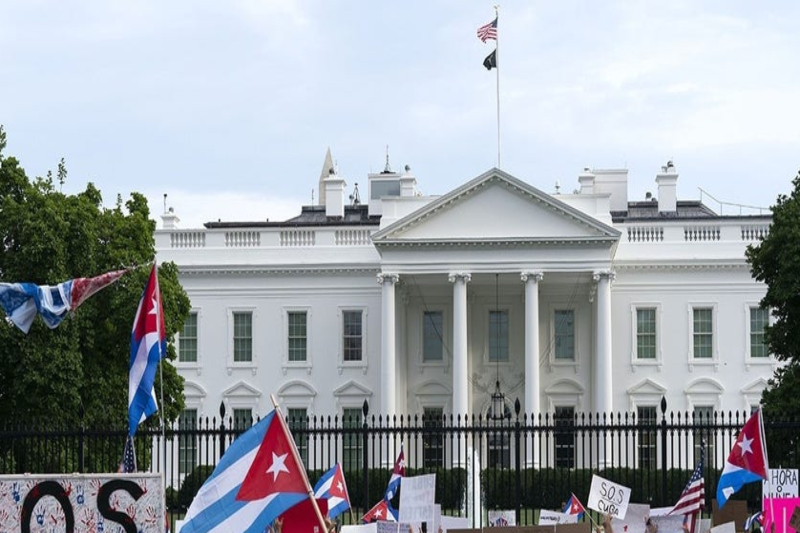 On Monday, the Cuban embassy in Paris was attacked by gasoline bombs and the incident was confirmed by the foreign minister Bruno Rodriguez through his twitter handle. The minister also blamed the United States for its alleged attempts at discrediting Cuban efforts for peace.

“I hold the U.S. Government responsible for its continuous campaigns against our country that encourage these behaviors and for calls for violence, with impunity, from its territory,” he said.

The foreign ministry’s department International Press Center also confirmed the incident saying that the attack had occurred late at night. It stressed that there were three Molotov cocktails that were thrown at the embassy and that is what led to fire in a certain area. French firefighters and police quickly came to rescue at the scene and anything major was avoided.

There have been numerous demonstrations at different locations of the Ciban embassies in the world after the July 11 and July 12 protest in the country. These demonstrations were from both sides–one that was in support of the government and the other one was the sections that called out the Cuban administration for lazy handling of the internal affairs.

Cuba has been blaming the United States for the situation the country is witnessing right now. The socio-economic condition of the caribbean nation is at the brink of collapse and the country’s administration is also failing to strike a deal with the US government to ease the impositions. The US had taken a strict approach towards Cuba for its alleged involvement in terroism related activities and also harbouring terrorist leaders in the country.