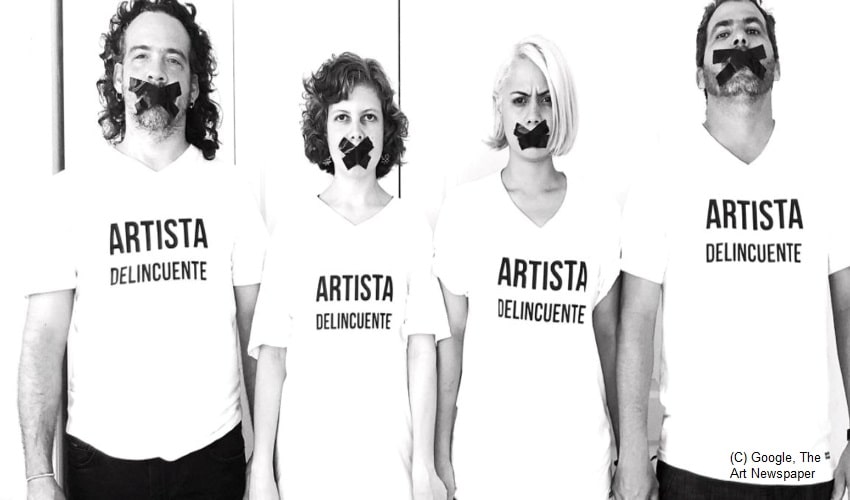 In recent weeks, several members of Cuba’s San Isidro movement have been detained. Many reports suggest that a large number of activists had their human rights, including the rights to freedom of expression and freedom of movement restricted, and been criminalized simply for peacefully exercising their human rights according to international organizations focused on human rights.

Erika Guevara-Rosas, Americas director at Amnesty International said that “the ongoing harassment and intimidation of members of the San Isidro movement, at the forefront of challenging Decree 349, a dystopian law that stands to censor artists, shows Cuba’s ongoing repression of human rights, including the right to freedom of expression in the country. Authorities can continue to harass, intimidate, detain, and criminalize artists and alternative thinkers, but they can’t keep their minds in prison.”

Amnesty International released a new report, based on information from the legal NGO Cubalex, between 9 and 19 November, Cuba’s authorities arbitrarily arrested and harassed various members of the San Isidro movement, sometimes more than once. Members of the group, which is composed of artists, poets, LGBTI activists, academics, and independent journalists, have in recent days been protesting the imprisonment of the well-known rapper Denis Solís González.

Authorities can continue to harass, intimidate, detain, and criminalize artists and alternative thinkers, but they cannot keep their minds in jail Erika Guevara-Rosas, Americas director at Amnesty International, said. According to information Amnesty International was able to obtain, Denis has been arrested on November 9, and then tried and convicted two days later to eight months in prison for contempt, a crime inconsistent with international humanitarian law. He is now detained at the maximum-security prison, Valle Grande, in the Havana outskirt.

Erika Guevara-Rosas added that no one should be imprisoned for ‘contempt’ against a public official, a provision of the criminal code that Amnesty International and other human rights organizations have consistently called on the Cuban authorities to repeal. By November 19, eight militants of the group were on hunger strike at the San Isidro movement’s headquarters in Old Havana to protest against the rapper’s imprisonment, according to Anamely Ramos González, an art curator and member of the movement.

Images that Amnesty International verified show that at one point the authorities appeared to cordon off the block of the headquarters with yellow tape, limiting the association’s freedom of movement. Members of the group said they were under 24-hour surveillance by plain-clothed state security officials and feared they would be detained again if they tried to leave. In March, Cuban artist Luis Manuel Otero Alcántara, a former prisoner of conscience and member of the San Isidro movement, was jailed solely because of his consciously held opinions, and later released. He is among those the officials have held in short-term detentions in recent period, according to Cubalex.